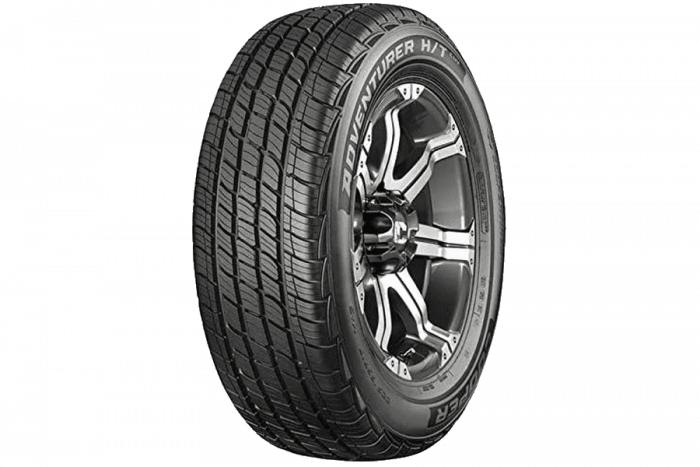 Copper has got a very extensive all-season tread family, and Adventurer holds a very prominent place in this group. It’s considered one of the cheaper options (comparably), and, for a cheap tire, they’ve done a decent job balancing out various features. In the end, it’s a good tire all round, and definitely an improvement on previous treads.
What’s more is that it’s pretty durable. Adventurer has mostly been meant for crossovers and light trucks. They are pretty powerful and heavy vehicles, and for them you need tires that can navigate the car and provide ample durability. They mostly succeeded.
And for a cheap (relatively) tire, Adventurer has a lot of interesting solutions into it. 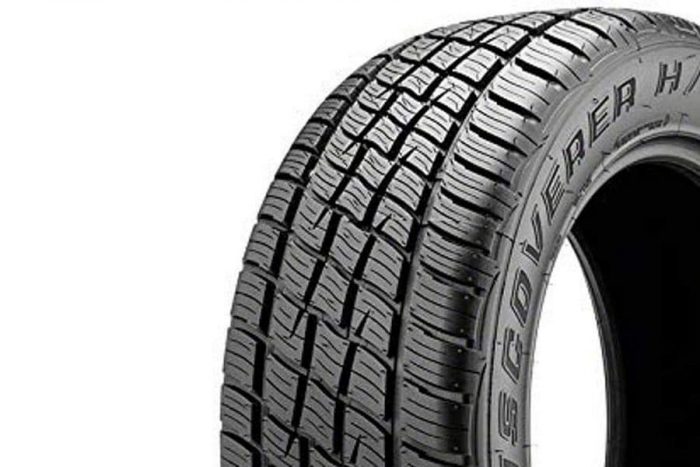 Adventurer is supposed to be versatile and steady, and that’s why they put a lot of silica into the tread. This material is able to stick to the ground (especially damp ground) like nothing else. It’s actually become a standard material by now, which doesn’t negate its effectiveness.
The rest of the composition is pretty basic. The body is likely just polyester, because they didn’t mention adding anything else into it besides just silica. Overall, the tire is sturdy and reasonably tough. After all, it’s used by the light trucks, and these guys weigh a lot.
The tread is not top of its class in terms of durability. The warranted mileage is about 100,000-115,000 km. It’s good enough for an all-season tire. There are definitely better numbers, costlier Coopers promise as much as 150,000 km. That’s the sacrifice you make for being cheap, but not much else is sacrificed. 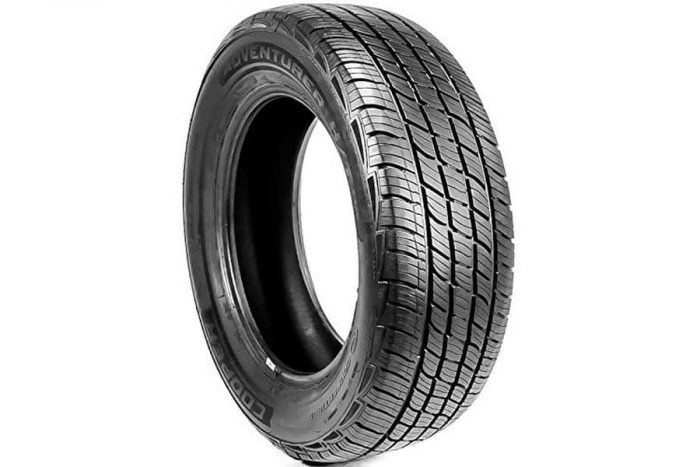 For this tread, Cooper decided to give it as much stability, steering and control as possible. All of their decisions point at that, and it all makes sense retrospectively. Sometimes better footing means worse traction, for several reasons. But the grip of Adventurer is surprisingly good, which is interesting.
First of all, the pattern is not directional. What it means is that the ribs present respond well to your commands regardless of the direction. Directional treads mostly provide great handling when you drive forwards at an expense of cornering. Sports cars often have those. Adventurer is more versatile than that. 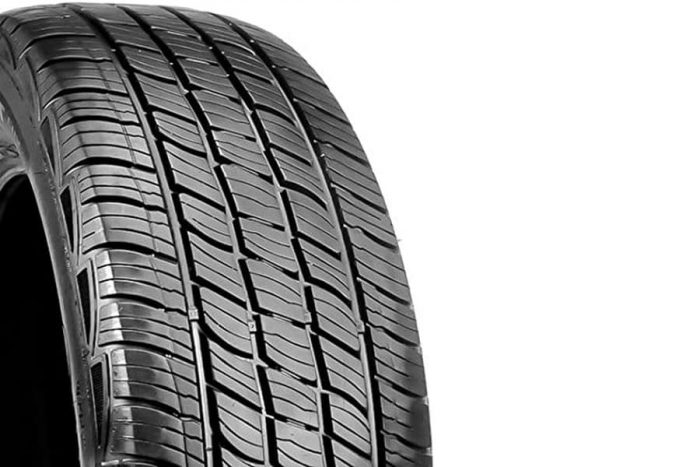 It’s true, you won’t get as much control going straight, but it really only works good for speedsters. This tread, for its part, is equally responsive wherever you go. That’s why the central part is divided into three identical ribs – for better handling and steering.
There are more solutions to improve handling. For instance, there’s R-Tech sidewall, whose shape allows it to help turn the car. The sipes are mostly designed for wet driving, but they also keep the tire’s integrity during challenging steering maneuvers.
The car has enough biting edge to handle great on dry surface. During rains, the grip is assisted by 4 peripheral grooves that reduce hydroplaning very significantly. The 3D sipes Cooper put all over the tread also increase the traction on wet ground. 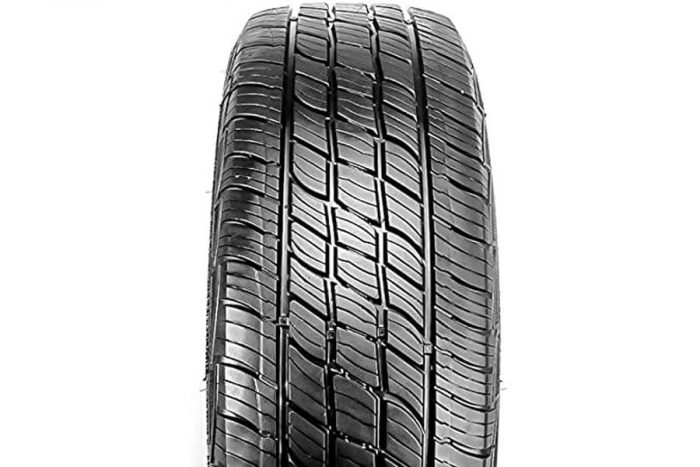 It’s not much help in winter, but they try. If you drive carefully enough on snow, they won’t cause you much problem. The deeper snow or ice is much more challenging, but not a problem either (if you focus on keeping the vehicle afloat, that is).
In terms of strength and durability, the tread is tough enough to withstand most debris, and the pebble problem is mostly solved by their stone-repelling technology. What it means for you is that you likely won’t have to change the tires before the warranted mileage arrives, at any rate. 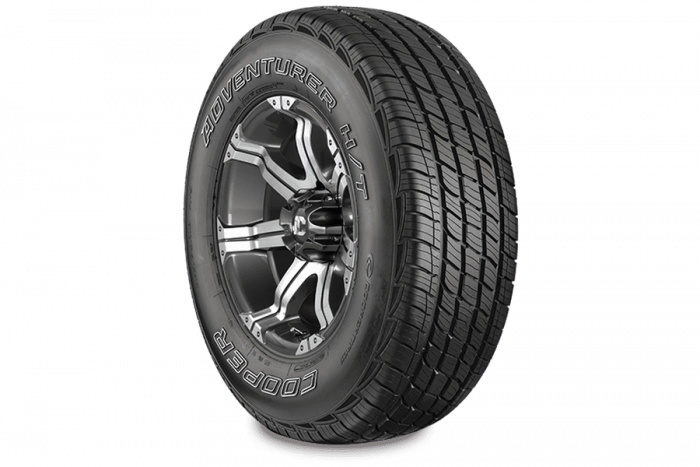 Stability doesn’t just imply good steering, but the smoothness of the ride as well. With Adventurer, you won’t feel the road at all – not unless you go off-road, that is (don’t do it, you will regret it). If only you could say the same about the noise element.
It is rather noisier than other Coopers, but not unbearably so. It’s still much quieter than most budget options from lesser known manufacturers. But if you value quietness at all cost, consider the more expensive Cooper treads. 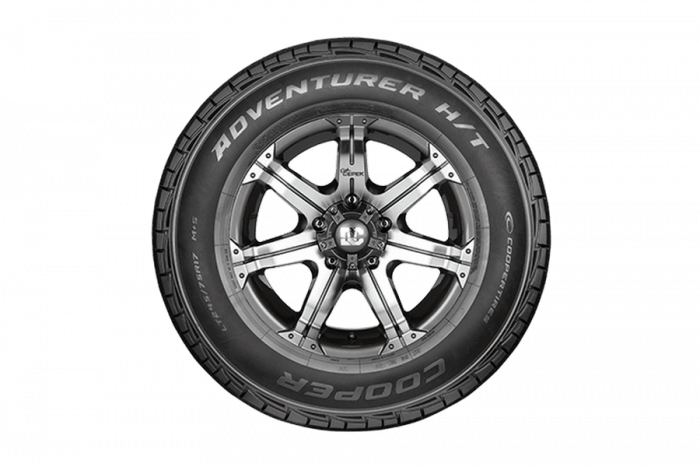 For its price (amongst the cheapest Cooper all-season tires), it’s remarkably good all-round. It does struggle a bit in tough weather, especially in winter, but the grip is largely great. Of course, responsiveness is their great quality. Wherever you drive, you’ll always have a decent control of your vehicle.
In short, these treads are absolutely worth buying. There are downsides, but they are completely overshadowed by the positive aspects.