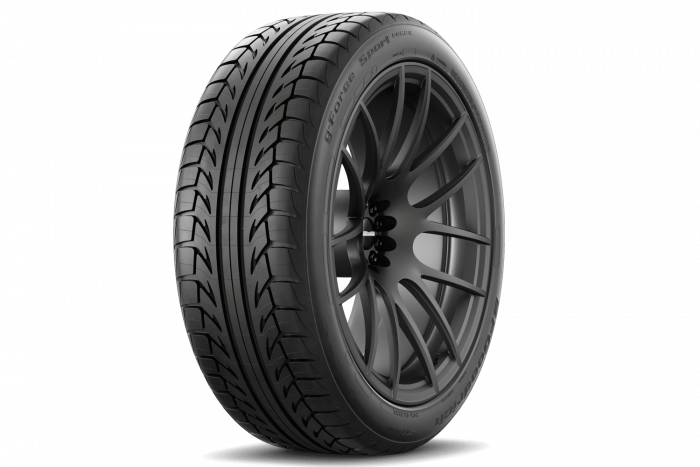 BFGoodrich g-Force Sport Comp-2 is one of the best summer ultra high-performance tires at the moment. There are lots of candidates that would happily try and challenge Comp-2, but for now it’s on top.
These treads are great in summer. They are designed specifically for fast-speed highway travelling, and they are pretty good at it. That said, BFG try to increase the grip on wet surfaces and handling in general as hard as they can, given how it’s one of the weaker points of ultra high-performance summer tires.. It gave some fruit, alright.

What is it made of? 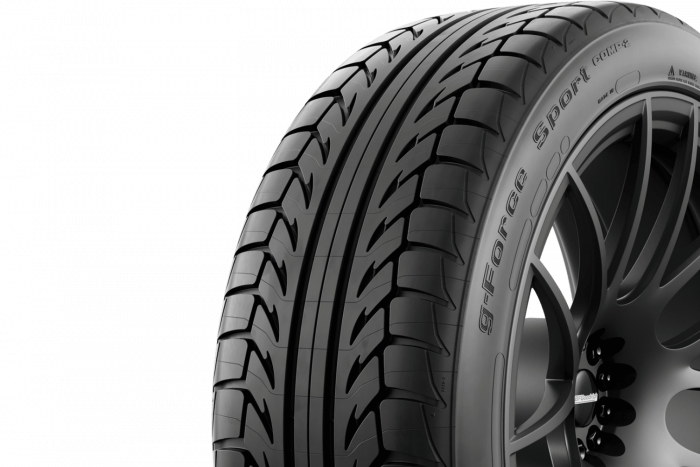 The tire is made of different high-quality materials. The casing itself is made out of rubber, but the tread is rich with silica – a component that grants the tires more flexibility without sacrificing the stickiness. In fact, this material is said to improve the quality of grip, alongside other perks.
Inside this silica-rubber casing, there are especially strong steel sheets. These are also covered in nylon. Together, they improve the integrity of the tires, make sure they hold they shape and improve durability in general.
Speaking of durability, although there’s no full warranty for these, it’s projected that Comp-2 treads will hold for about 70,000 km worth of road. It roughly equals 4-5 years of seasonal driving.
Besides silica, there are also several high-endurance layers that make these tires more lasting than they would be otherwise. The average longevity of 70,000 km (a very good result, mind you) is in part thanks to this composition. 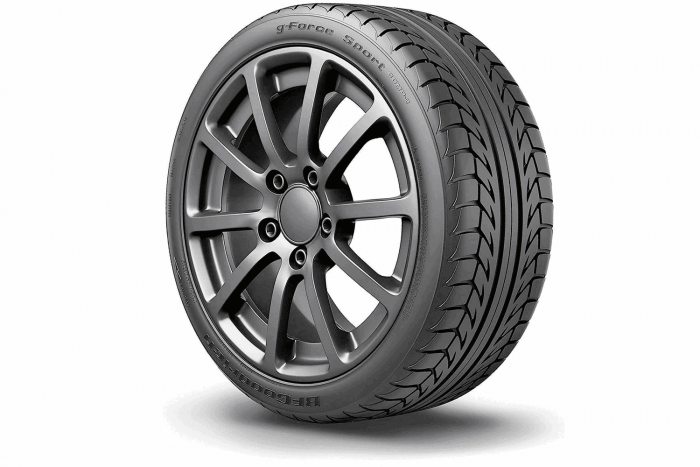 Comp-2 treads are said to have excellent grip in dry and wet, and there are several components that contribute to it.
You are already familiar with silica materials, which basically make up most of the tread’s composition. But the tread itself is not so simple. Firstly, the pattern – both vertical and lateral grooves – is designed to be aggressive and angular. The tread basically claws its way through the road, especially through wet surfaces.
There’s also very little hydroplaning, thanks to the two vertical grooves that evacuate the water with great effect.
It naturally improves the grip on slippery surfaces, but the dry handling is also not far behind in performance. The silica-filled tread is rather flexible but it doesn’t decrease the quality of handling in the usual warm weather. 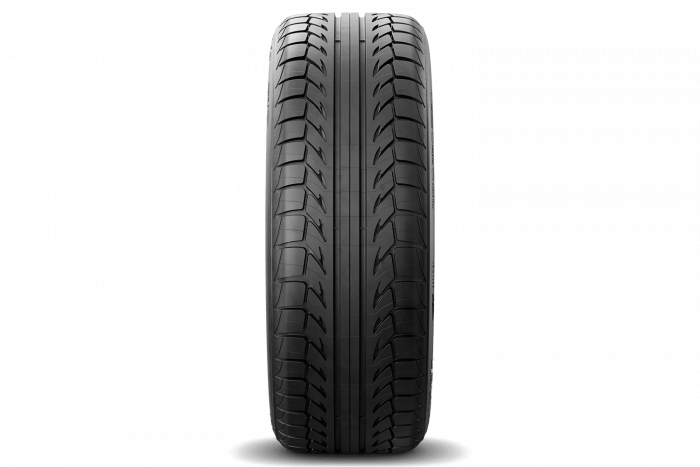 Furthermore, there are specific innovations that boost the performance even more. ‘Performance Racing Core’ grants more handling even while accelerating and reduces braking distance. After all, it is an ultra high-performance model.
Lastly, there are 2 G’s – the ‘G-Hooks’ and ‘G-Control Sidewalls’. These technologies improve handling on the contact surface and on the sidewalls, in case you’ll want to navigate around a particularly nasty corner.
As you can see, these tires are very versatile – they handle well in all possible situations. Sure, they behave better on some surfaces than on others. For instance, it’s better to refrain from going off-road with these on or using them when it gets colder (but that’s just common sense). 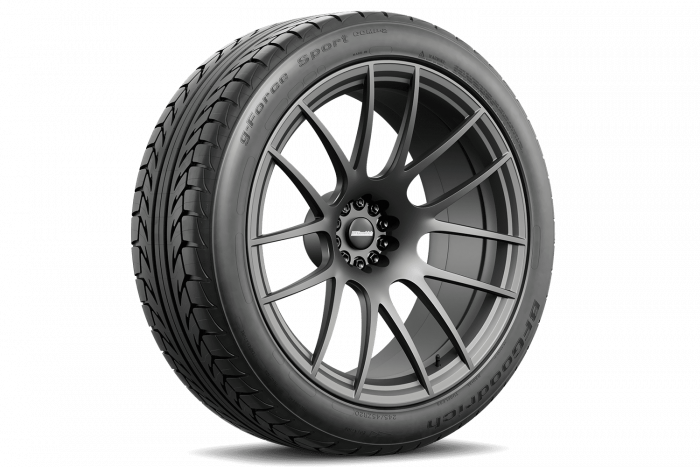 But how good are these tires when it comes to comfort?
Well, they are good enough. When people complain about them, it’s mostly about noise. Comp-2 treads aren’t terribly noisy, but if you wear them down long enough, they’ll eventually be fairly loud. It’s believed that all ultra high-performance tires are like that more or less, so it’s not a big deal. 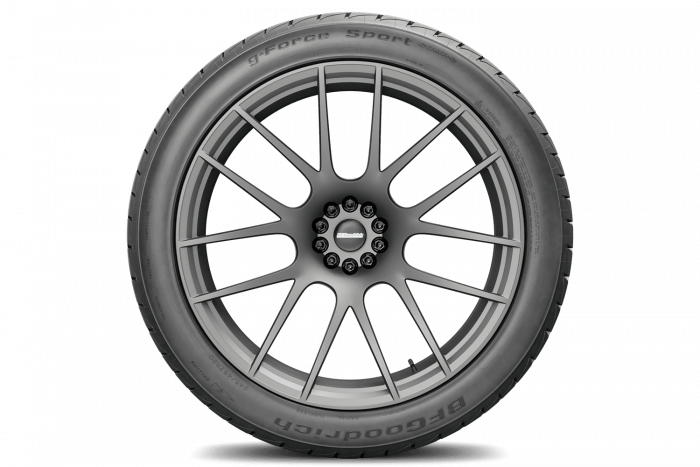 There is a much more tangible problem – they are pretty rigid. Although silica makes them pretty flexible, they are still rather rigid. You can partially thank the shoulders for it. Their squared pattern and shape in general make them awkward and stiff. They are one of the reasons you’ll feel most of the bumps on the road.
They aren’t terribly uncomfortable, but you really won’t be in bliss. 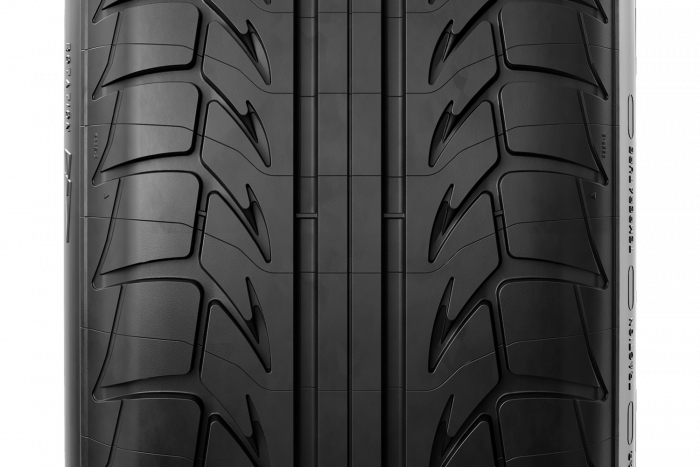 BFGoodrich g-Force Sport Comp-2 are good enough if you want versatile handling in warm weather. They have boosted them specifically to improve the wet handling, which hints that you can use them in racing regardless of weather.
Durability is their other specialty. The tread lasts for at least 70,000 km of constant use. That said, you really shouldn’t take them somewhere off-road if you really value them. They are for fast highway driving, and not for muck and dirt.
Essentially, that’s a pretty good option if you appreciate these qualities in tires.