Car owners who buy new tires very often pay attention to the date of manufacture, and if the tires are not “fresh”, straight from the factory, they either do not want to take them or demand a discount. So, today we will try to find out how right it is and whether the performance of “old” tires, which have been in storage for a long time, is noticeably worse than new ones. The results of the test by the Polish organization TÜV SÜD will help us. 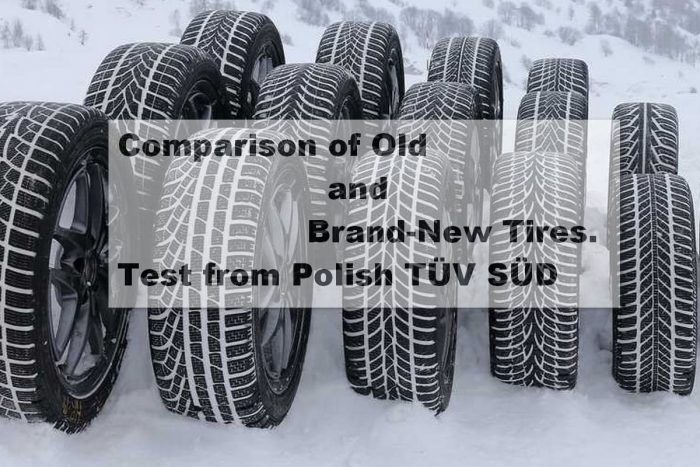 Almost all car owners have heard the manufacturers say that unused tires, even after several years of storage, may still retain the same performance characteristics as tires straight out of the factory. In other words, lying around doesn’t mean it works. Let’s check.

At the request of the Polish Tire Industry Association, TÜV SÜD conducted an unusual test in March 2021 that examined the traction properties of old and new winter tires on wet pavement. The aim was to find out how tire performance was affected by long-term storage. The experts tested whether the tires retain all the declared characteristics of two years of storage.

The tests were conducted on the Polish Skoda Autodrom, whose surface was carefully inspected and prepared for the tests. Also used for testing was a Skoda, specifically Škoda Scala, 2020, equipped with advanced measurement systems. The car was driven, of course, by a professional tester of the expert group TÜV SÜD. 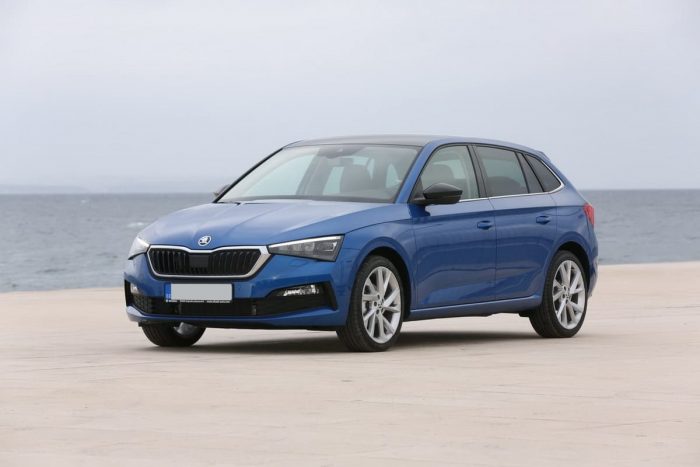 Two sets of winter tires of the same model were used in the tests. One set was only a few weeks old, and the second came off the assembly line in mid-2018. The tests were conducted following ECE R117 test regulations. The driver’s task was to accelerate to a certain speed and brake sharply. When analyzing the results, the average braking distance was taken into account.

So, it’s time for the most interesting. Let’s look at the results of the test because we are more than sure, that very many of those who are now hovering in this article asked themselves a question about old and fresh tires. And maybe even more than once.

The results of the impromptu test were unexpected. The stock tires were slightly better than the new ones, though in practice the difference in measured braking distances was almost negligible: the braking distance of the new tires was 41.86 m, while the two-year-old ones from the stock were 40.99 m. Judge for yourself. There seems to be a difference, but do these millimeters count as a difference at all? 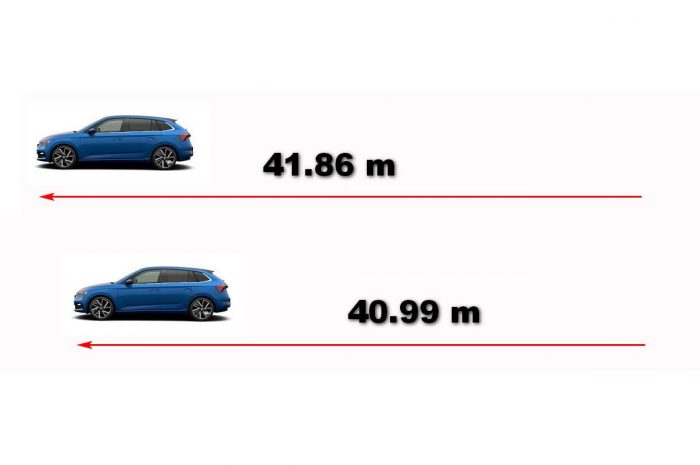 In other words, the main conclusion to be drawn from the results of the test carried out by Polish auto experts is that if they are stored correctly, i.e. in a dry, cool, dark warehouse without contact with aggressive chemicals or fuel vapors, and they are properly positioned, the aging process is very slow, and the tires retain their original technical characteristics. And quality. In that case, it’s safe to buy tires made just a year or two earlier.

But there is one, big problem: the buyer cannot be 100% sure of the promises that the seller will feed him about the storage conditions of the tires. There is no guarantee that the tires have not been outdoors under a tarp for a year or two. This is a question of trust.

Considering the cost of storage in a warehouse that meets all the necessary requirements, many distributors are tempted to save money on their storage. And the refusal to buy old tires is primarily a consequence of mistrust of sellers. Sellers, therefore, can only be advised to show customers the condition of the tires in their warehouses. If you buy your tires from a trusted distributor, there is nothing to worry about.

Criticism of the Test

You may be disappointed with the results of the test and the conclusions seem dull and lacking in sensationalism. But, it is worth noting that the results of this test can be questioned for several reasons: