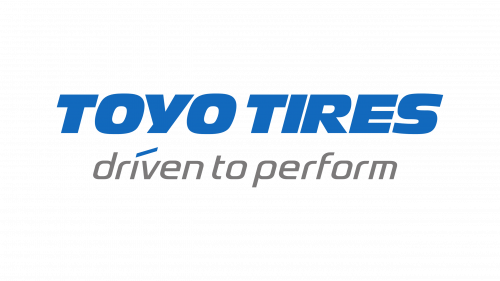 Sumitomo might not be the most famous of tire brands, but they are still pretty prominent on the key markets. Unless you live in Asia or some States of America, you won’t remember a thing about Sumitomo – there isn’t a lot of information available. They are Japanese (obviously), and that is a good sign.

Who makes Sumitomo tires? Sumitomo is a big company and a sizeable brand. They are almost a par with Bridgestone, although without even the semblance of the latter’s network.

Sumitomo aren’t too expensive – an average price sits somewhere between $50 and $80, which is pretty good. The end value also depends on how long they last and there are no clear news on this subject. These tires are generally soft and gentle, which is a double-edged sword.
It both means increased comfort and increased fragility. Usually, it’s the sidewalls that suffer the most. In this instance, the cheapest tires also have a very limited tread wear resistance. Some don’t live much longer than 10,000 km. It’s terribly as it is, and even in terms of the cost-efficacy it could be better.
The normal tires are much better. They are much sturdier and not really rigid, too – a sound deal, all things considered. They are obviously a bit pricier, but the longevity also grows with the price, basically. Not much else does – other characteristics are unchangeably decent.

Where are Sumitomo tires made? The chief Sumitomo plants are located in Japan, China and also USA (primarily – in New York State). The Japanese don’t often have defects in production, so there’s not much to worry about.

For instance, the grip is equally good on all sorts of terrain and road. The braking distance is especially good, in that it’s almost non-existent. Of course, don’t take in to heart – you’ll still lose some control if you speed up the icy road, et cetera.
The tread works very well. They’ve integrated some sort of pattern that protects the tire from all sorts of debris and doesn’t allow it to hydroplane too much. But that more applies to regularly-priced tires ($70+) than usual $40 treads. The treads on the latter options behave well enough, but they thin out very fast.

Where to buy Sumitomo tires? Sumitomo doesn’t have nearly as many stores throughout the world as other tire suppliers got. But you can still fetch a few of them in the big city off the Sumitomo’s own stores or smaller dealers.

The durability on the fully-fledged tires, on another hand, is pretty good. 5 full seasons is the least they can do, and the warranty is justly around 60,000 km on most of them. So, if you consider buying Sumitomo treads, don’t aim too cheap.
The comfort is another thing completely. The tires are generally soft to medium rigid, and aren’t terribly noisy such as they are. However, they are often balanced awfully and that’s the main reason many people complain about them. They may be loud, rattle and shake occasionally, if they weren’t balanced properly.
So, the first thing you should do after buying these is to rebalance them, otherwise you’ll enter the world of miserable driving very fast. They also tend to get louder whenever you accelerate beyond the certain speed point (if may be anywhere, owing again to the difference in balancing). In these instances, they aren’t terribly uncomfortable, but it could be better.
On their own, these tires aren’t bad. The flaws aren’t really significant, and they are easily overshadowed by all the perks you get. But in comparison to other tires, even solely of Japanese origin, there are better options. Still, buying them would be a good idea, overall.