The experts of the German automobile publication ADAC have tested 32 models of summer tires of size 205/55 R16. According to the results of performance testing of the models, all the contestants received mostly good or satisfactory evaluations. Nothing particularly outstanding, in either good or bad sense, was found. In addition to 15 models of summer tires size 205/55 R16, the best-selling in European coun-tries and used in the most popular sedans from Audi and Volkswagen, in the test ADAC was attended by 17 sets of tires bigger size – 205/55 R17. Let’s talk about the contestants in the more popular size. 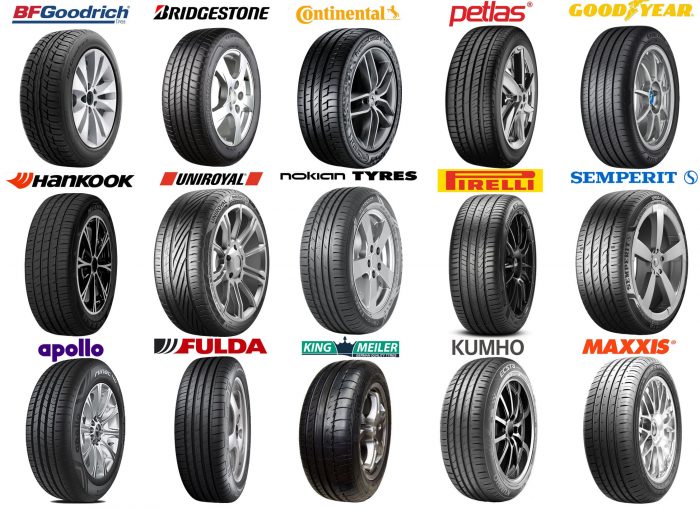 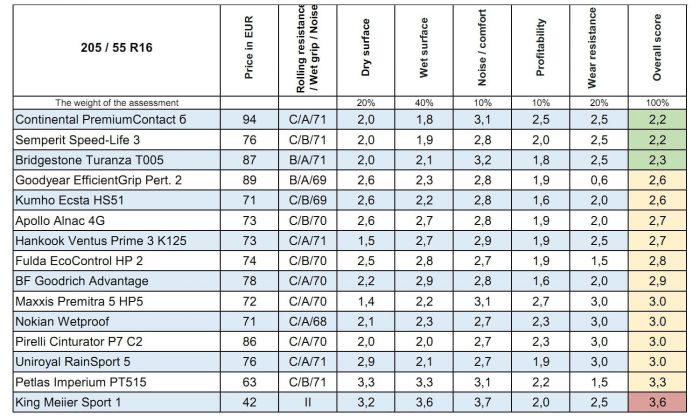 Three models turned out to be the most balanced in their performance properties, which took the honorary pedestal. The tires from Continental, Semperit, and Bridgestone received very good marks from the German team and are therefore highly recommended by ADAC experts for purchase.
The PremiumContact 6 and Speed-Life 3, both from the manufacturer Continental (PremiumContact 6 is a product of the main brand, while Speed-Life 3 is a subsidi-ary) shared first place in the ranking. 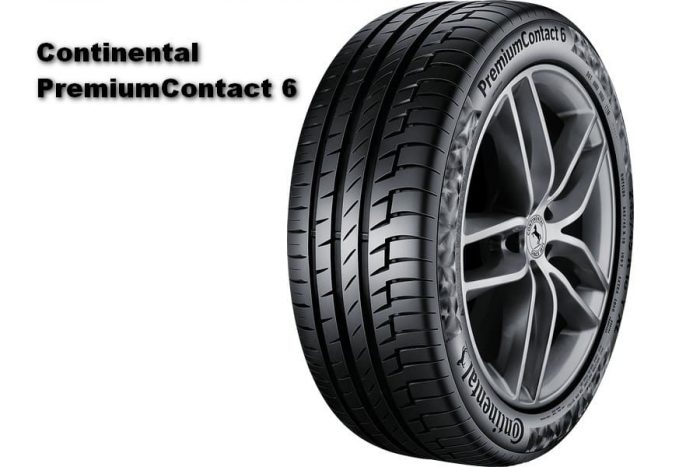 The most expensive and one of the best tires in the test, the Continental Premi-umContact 6 is particularly impressive in the wet, where it showed top class in han-dling and braking performance. They behave perfectly and brake quickly on a dry surface. But the PremiumContact 6 also has minor drawbacks, such as slightly ex-cessive fuel consumption, poor resistance to transverse aquaplaning, and in-creased noise.
Interestingly, Continental’s subsidiary brand Semperit Speed-Life 3 tires also per-formed well in “wet” disciplines such as braking efficiency and handling, but sagged in transverse aquaplaning and noise levels, both external and internal. It is notewor-thy that Semperit products outperformed the most expensive tire in the Premi-umContact 6 test in rolling resistance, that is in terms of fuel consumption, while Semperit Speed-Life 3 cost 20% less than its premium competitors.
On the third step of the podium in the test of summer tires, ADAC 2021 went Bridgestone Turanza T005, which was good in the wet and impressed with the braking efficiency on dry asphalt. Another strong point of the model is its low rolling resistance. 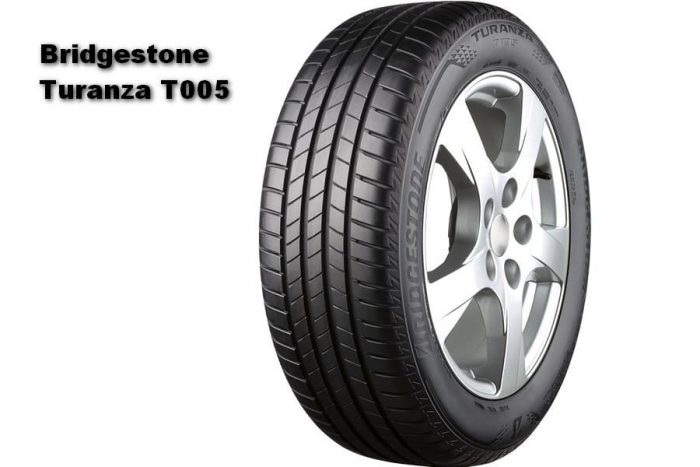 The disadvantages that prevented Bridgestone Turanza T005 tires from going up a notch are their relatively weak resistance to transverse aquaplaning and high level of external noise. Interestingly, as a summer touring tire, the Bridgestone T005 could very well have competed with the Continental for the lead in the wear re-sistance test, but unfortunately, this did not happen. 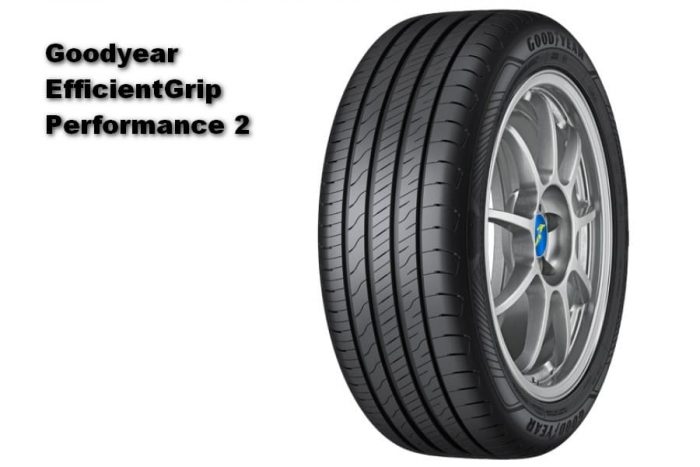 Goodyear EfficientGrip Performance 2 and Kumho Ecsta HS51, sharing the fourth place in the ranking of the German magazine, headed the group of models with the verdict “satisfactory”. The weak point of the Goodyear tires is the dry road, wherein all disciplines except for braking performance were in the middle roles, neither bad nor good. And the higher the temperature of the tire, the more obvious the weak-nesses became. 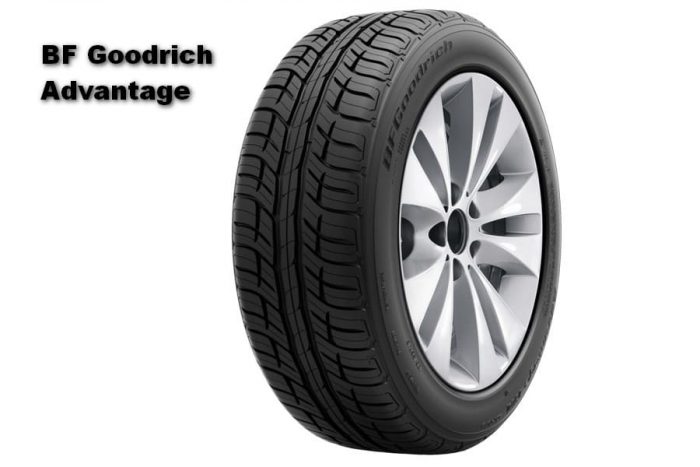 On wet roads, the model achieved good results, and the testers called its special merit high wear resistance. However, the transverse aquaplaning resistance of this model leaves much to be desired. In terms of wear, the EfficientGrip Performance 2 offers the best value for money. The projected mileage is more than 55000 km. 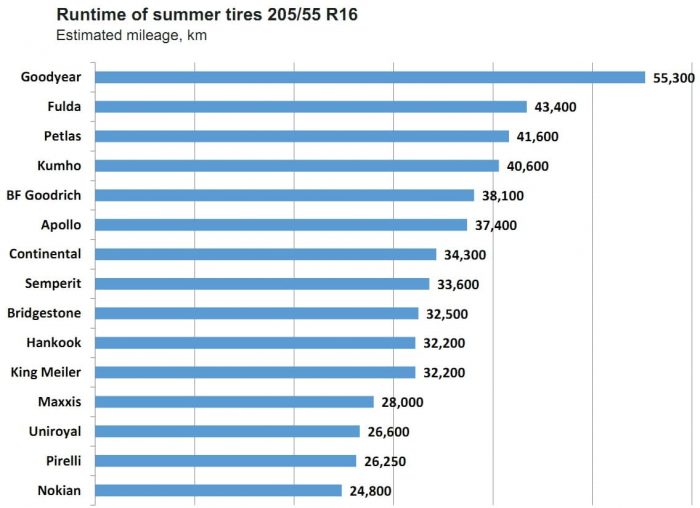 Insignificant shortcomings on dry roads were also recorded in the model Kumho Ecsta HS51 from the South Korean brand. The test car, equipped with HS51, be-haved less accurately in comparison with other tires that took part in the test. How-ever, from the point of view of safety, the experts could not call the tire’s behavior critical but noted that in practice it was still annoying. At the same time, the Ecsta HS51 attracted particular attention with its resistance to aquaplaning and the lowest fuel consumption in the test. 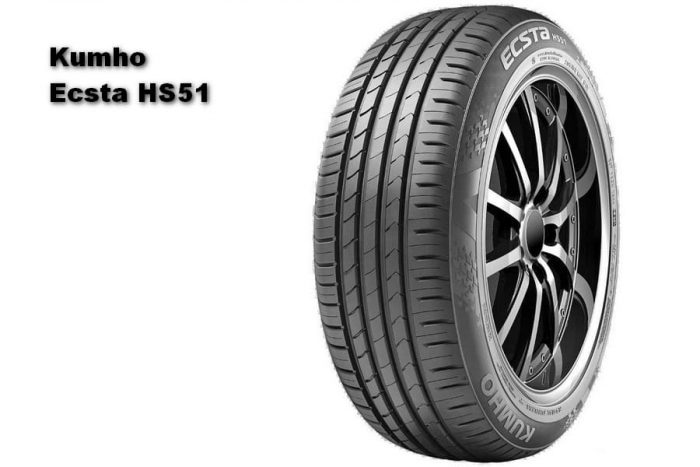 Two models – Apollo Alnac 4G and Hankook Ventus Prime 3 K125 – finished under the number six in the final ADAC 2021 rating. It is funny, how almost every step in this testing is shared by two models at once. 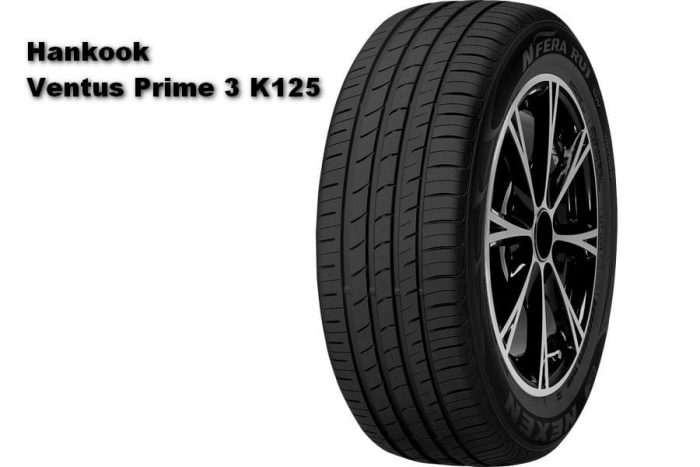 The Indian Apollo’s summer tires showed minor flaws on dry roads, where it was impossible to steer the test Volkswagen Golf VII with precision and there was a tendency to oversteer. On the wet, the Alnac 4G performed satisfactorily, resulting in a lower overall score. The impact of these tires on fuel consumption is relatively small. But they are good in terms of durability. 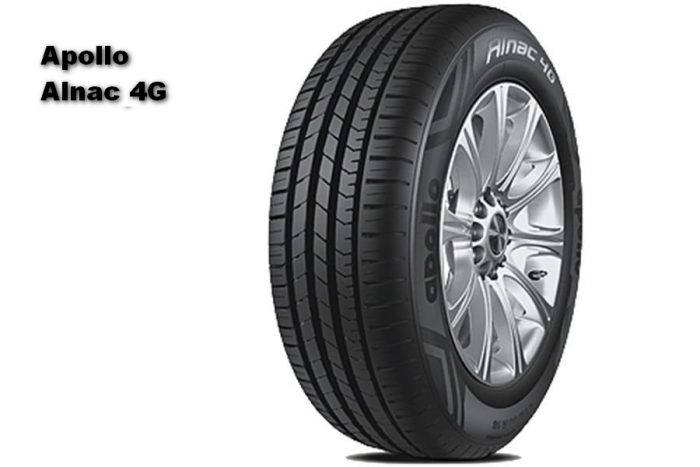 Tires Hankook Ventus Prime 3 K125 are ideal for work in dry conditions, but prop-erties on a wet surface did not let this model rise above seventh place. They were distinguished by high accuracy of control, excellent traction, and braking properties. Hankook K125 tires reliably contact dry roads on the limit of adhesion and do not show any deviations concerning reactions on loading changes at cornering. On the other hand, in the wet, Hankook’s products were in the middle of the pack due to handling issues, which generally resulted in a lower overall score. In addition, the Ventus Prime 3 has relatively low fuel consumption. 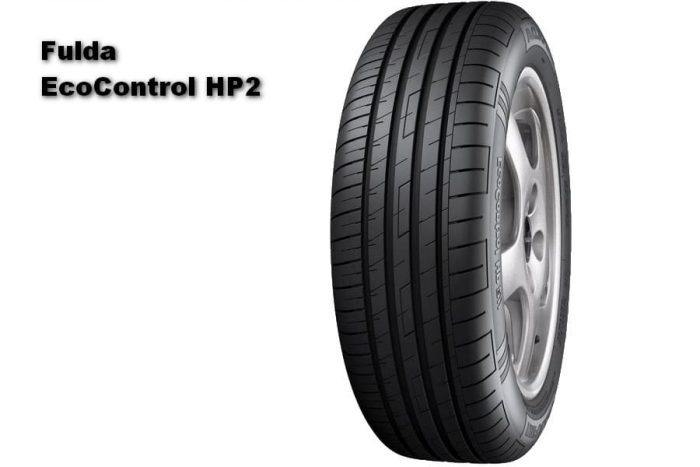 The Fulda EcoControl HP2, produced by one of the world leaders, the Goodyear brand, definitely convinces in terms of wear and fuel consumption. Inaccuracies in steering and oversteer on dry roads, as well as a satisfactory overall result on wet surfaces, cost valuable points, so they are only in eighth place. 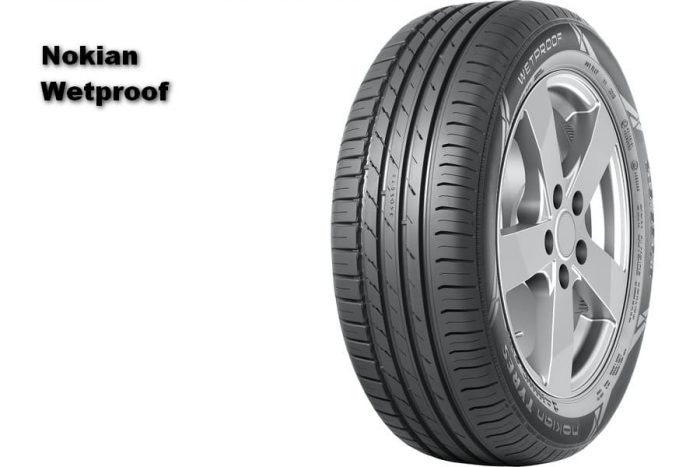 Michelin Group’s BFGoodrich Advantage tires crossed the finish line with the ninth overall result. With excellent braking and balance in the dry, their advantages of high wear resistance and low rolling resistance outweighed their average overall result in the wet. On the wet driving track, Michelin’s Advantage tires were found to have poor traction and significant cornering power loss during acceleration and braking. Ultimate driving behavior was only satisfactory. 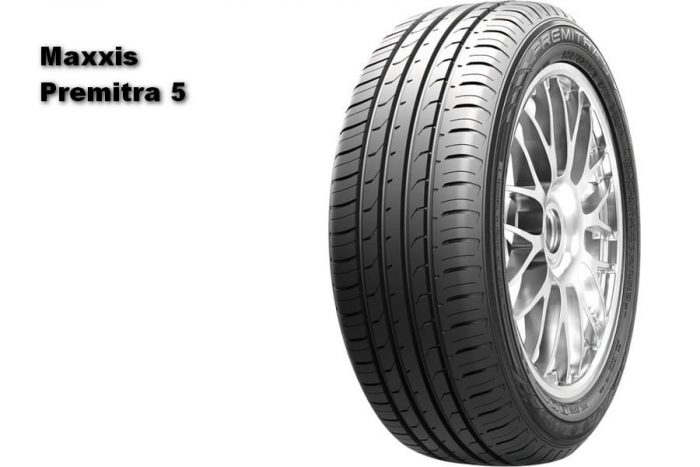 And again the experts have put several models on the same line. Maxxis Premitra 5, Nokian Wetproof, and Pirelli Cinturato P7C2 were in tenth place in the final ADAC 2021 summer tire test 205/55 R16. Their performance on dry and wet roads is bal-anced and within the norm, but their relatively high wear and increased rolling re-sistance were attributed to the obvious disadvantages, bringing discomfort and even irritation to car owners. 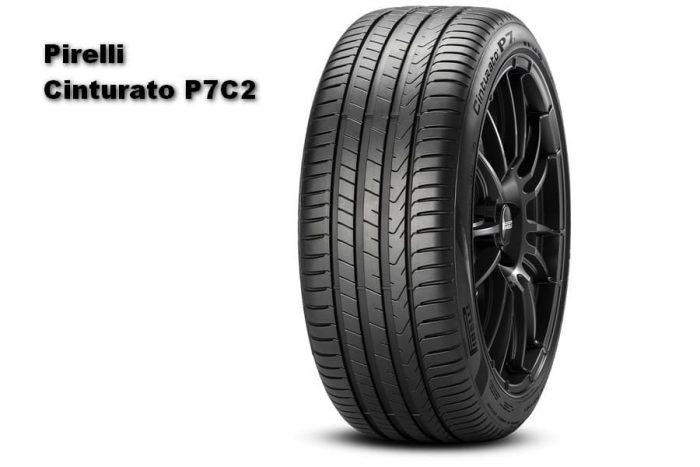 That said, the panel of experts still recommends these tires for use on vehicles with very low annual mileage only, as Nokian, Pirelli and Maxxis tires showed extremely low predicted mileage. But once again, we should note that in terms of safety, the tires are quite usable. 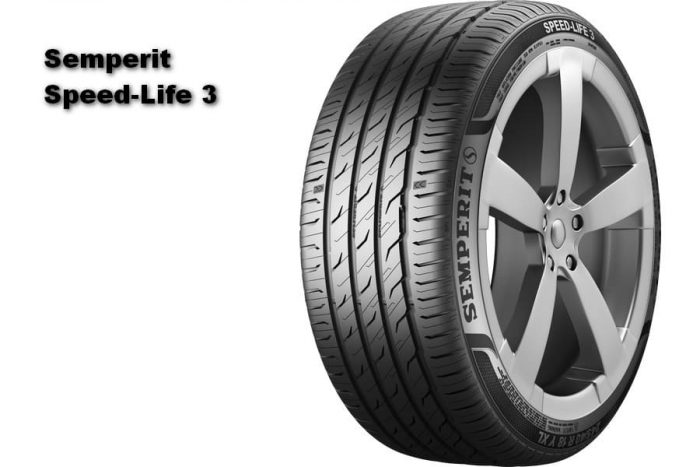 Uniroyal RainSport 5 tires are also in the company of the Nokian, Maxxis, and Pirel-li models, with which they share the disadvantage of relatively high wear. That said, they also have disadvantages on dry roads. Even with effective braking, the Uni-royal tires could not go beyond a satisfactory result due to poor handling on dry sur-faces. On wet roads, the tires live up to their name. On twisty roads, they show a high level of grip and remain controllable to the limit. An added advantage of the RainSport 5 is relatively low fuel consumption. 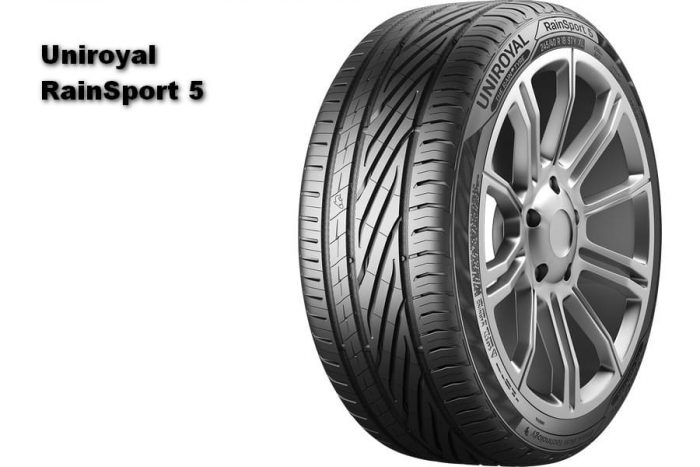 Turkish Petlas Imperium PT515 got the penultimate, 14th place. Their braking per-formance on dry asphalt was rated “good”, but compared with the best in the disci-pline their braking distance is 4.5 meters longer. In the rest of the “dry” exercise, their results are average and below average, which affects driving safety. On the wet road, the Petlas Imperium PT515 showed their other weaknesses: they have a long braking distance, too low grip, and cornering forces, which can only be trans-mitted to a limited extent, are too noticeable. For all the shortcomings of the Turkish tires, their distinct advantage is relatively little wear. 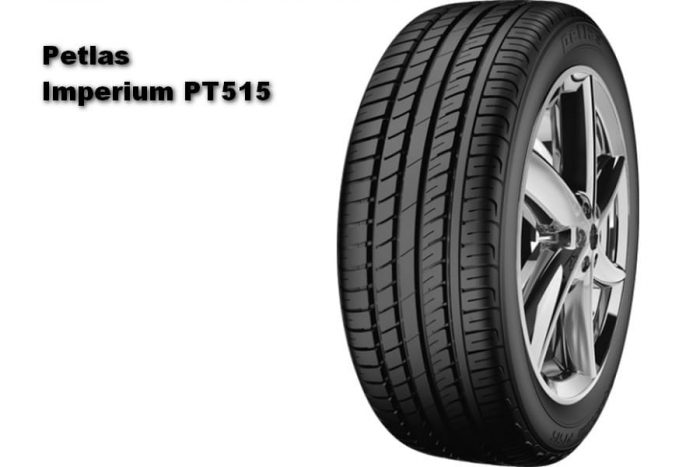 The King Meiler Sport 1 is the main outsider of the German rating – the only model with a retread that, although it tried to somehow resist the 14 new tires, succeeded little in the end. While braking quite effectively on dry roads in the handling test, it distinguished itself by stalling and inaccurate responses. The traction limit was reached very quickly on all maneuvers. Also, Meiler Sport 1 reacted to heat, quickly losing performance. 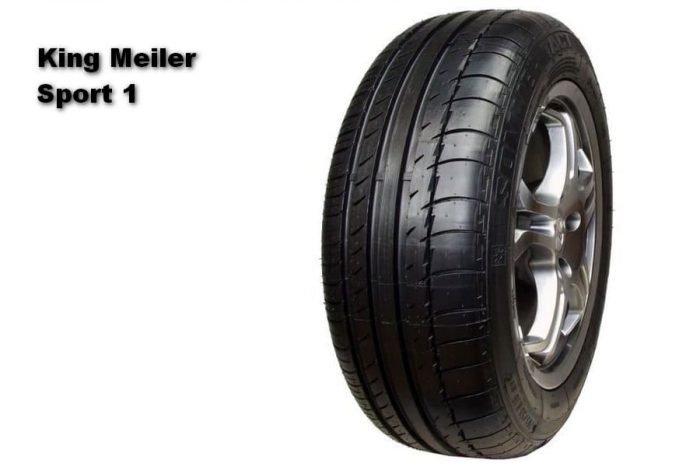 The bad result in the wet because of extremely poor handling, poor braking proper-ties, and low resistance to aquaplaning, especially transverse, led to a disappoint-ing overall rating – the last, 15th place in the test. On top of that, the Meiler Sport 1 was noisy and uncomfortable.