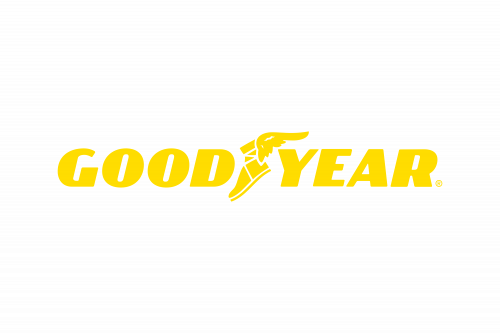 Goodyear is one of the oldest and largest tire manufacturers in America. Combine their influence on the market with the generally low prices on their products, and you’ll get a very affordable and available brand of tires. But as for their actual quality, that’s a good subject for discussion.

Who makes Goodyear tires? Goodyear is an independent supplier, they own a lot of facilities throughout the world, and both the development and the manufacturing of their own brand of tires (and many owned by the company) is their own responsibility.

Goodyear make tires on a truly massive scale, they are sold literally throughout the world. Logically, their rubbers are also pretty cheap in general. You can find a few higher-class treads in their assortment, but Goodyears are more about making a lot of tires than doing them precisely.

Where are Goodyear tires made? The facilities owned by Goodyear include many development, testing and tire-making sites in North and South Americas, East Asia (China and Indonesia, most notably) and Europe (mainly, France and Germany).

Their quality doesn’t really suffer from this low cost – they can afford to make good tires, although they aren’t all great. They are absolutely astounding if you consider their low cost. Goodyear tires do have some flaws, however.

How long do Goodyear tires last? It depends very much on the circumstances, but Goodyears aren’t known for their longevity. The average life is about 30,000 km, but it can be longer or shorter by far.

A noticeable peculiarity of most Goodyear tires is their excessive softness (especially on the sidewalls). You might expect that a soft tire like this would be fragile and not very enduring, but they seemed to work out how to make these tires strong without compromising on softness.
Keep in mind, though, that it’s only an achievement because they are affordable. This feature prolongs their life significantly, but not by the standards of the more expensive regular tires. They usually cost 40-50 USD, but if they were costlier, it wouldn’t be as impressive. Still, it is impressive under the circumstances.
But as for the softness itself, it adds a lot of smoothness. Considering that these rubbers actually have some nice treads, they will run smooth even over gravel and other small debris. They do stumble a bit over pot holes and they hydroplaning could be less of a nuisance, but it’s nitpicking at this point.
To add even more comfort, Goodyear rubbers are largely quiet, which complements the overall picture quite nicely.
To top it all, traction is very decent. The tires handle well, the braking distance is miniscule and they don’t lose their path, whatever the conditions. Water, snow, slush, ice and other elements don’t affect them too much, either – especially if your tires aren’t the cheapest in the assortment.

Goodyear makes a lot of other products besides passenger tires, some of the most prominent being the truck rubbers (or trailer rubbers). In all fairness, they have all the same problems and peculiarities as the regular Goodyears, but these are generally more lasting.
The usual mileage is about 70,000 km, but it can be way lower (as usual). For this much, you get tires that handle well and can traverse snow and other obstacles. All things considered, they are a pretty good deal.
What’s more, they are an indicator that most Goodyear tires are made with similar technology, which is a good thing to know if you’ll ever decide to buy from them again.