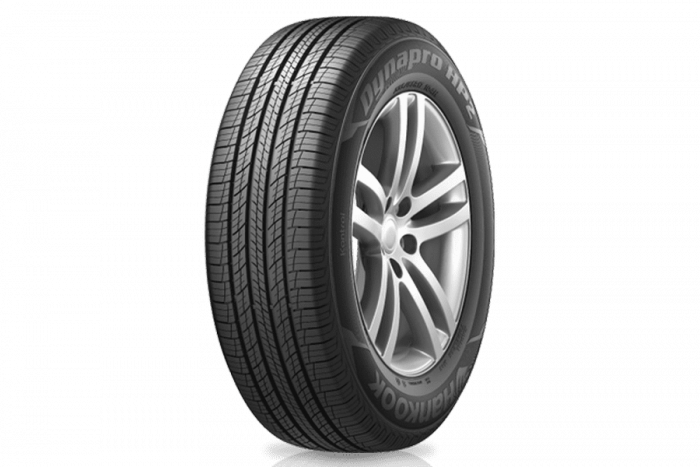 The summer passenger tire Hankook RA33 is intended for off-road vehicles operating on roads with predominantly asphalts surfaces.
In order to ensure high rates of directional stability, South Korean specialists provided the tread pattern with an additional longitudinal rib, located right in its center. Due to the absence of any tears along its entire length, this tread element is highly resistant to deformation changes. Thanks to this ability, the tire is distinguished not only by excellent directional stability at any speed but also by perfect handling. 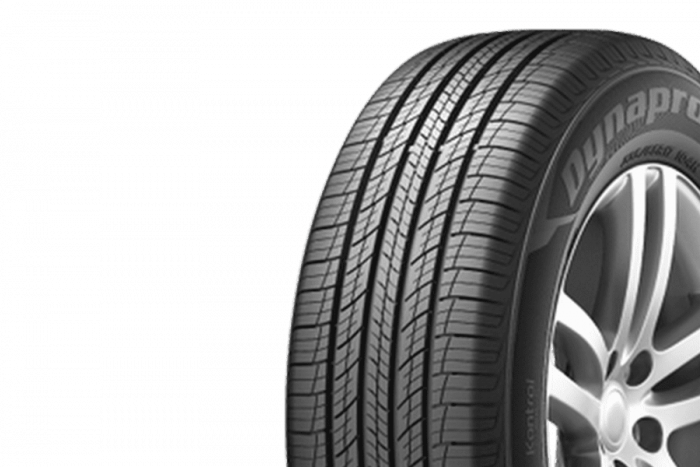 Hankook Dynapro HP2 RA33 tires were introduced in 2013. This model has been produced for road use and is designed for most crossovers and SUVs. The model is available in more than 50 standard sizes, ranging from 15 to 19 inches, with a regular sidewall or reinforced (XL). 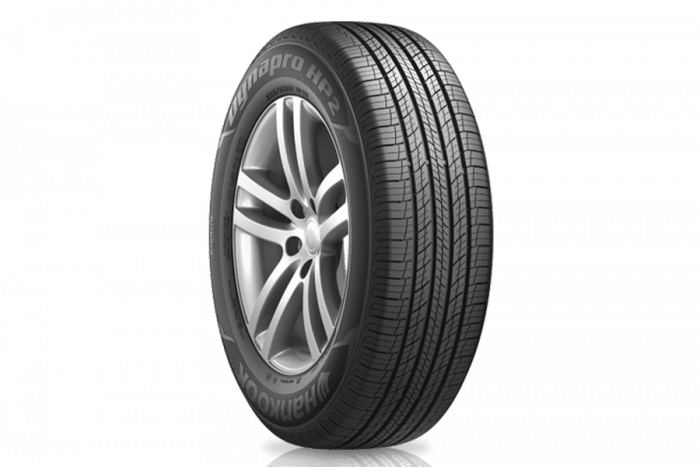 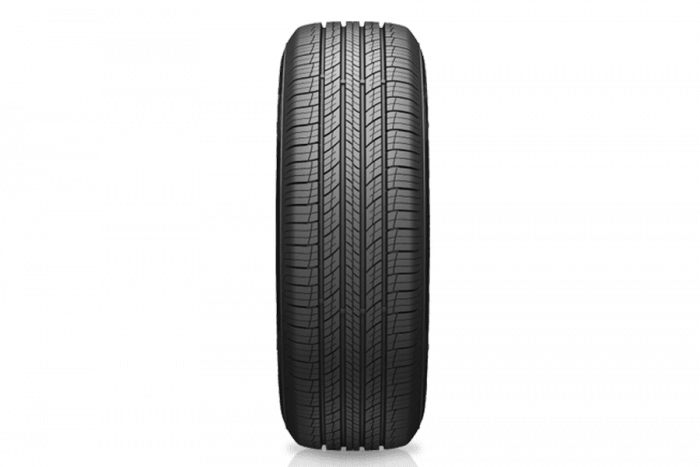 This model has a symmetrical non-directional tread pattern optimized for driving on asphalt roads. The rigid longitudinal rib in the center provides excellent directional stability at any speed, as well as sharpened handling. The multi-step arrangement of the tread elements in combination with special grooves in the shoulder areas, which significantly reduced the level of noise and vibration. 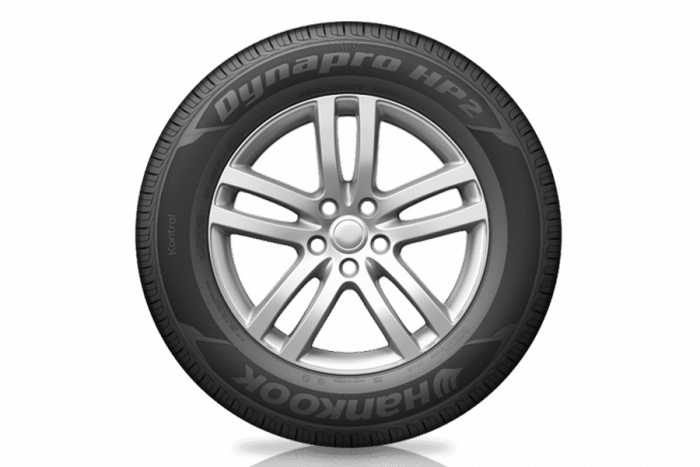 At speed, the Dynapro HP2 RA33 tires behave more than adequately – the grip on dry surfaces is perfect, and on wet, especially in large puddles, they show their best side.
With smooth braking on dry asphalt, the car slows down predictably and without signs of drift, the tires grip the surface well. Only with an increase in speed and a sharp press on the brake pedal does the softness of the tires begin to appear – the braking distance becomes slightly longer than on harder tires. 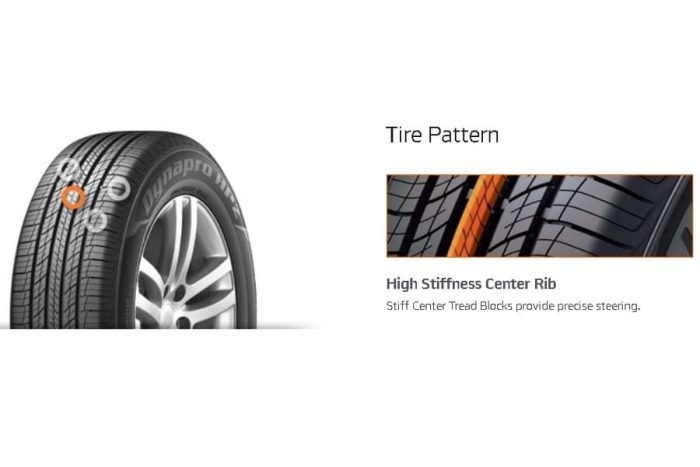 This model is characterized by increased resistance to aquaplaning, which is provided by a high-performance drainage system. The Hankook RA33 Dynapro HP2 tires consist of four longitudinal channels, which serve as a kind of accumulator, from which water is discharged to the outside through a multitude of transverse channels. At the same time, they are located at a significant angle relative to the direction of movement, which increases the rate of removal of excess moisture from the contact patch.
You can also use these tires on snow, but remember that the harsher the winters, the worse the performance of these tires. 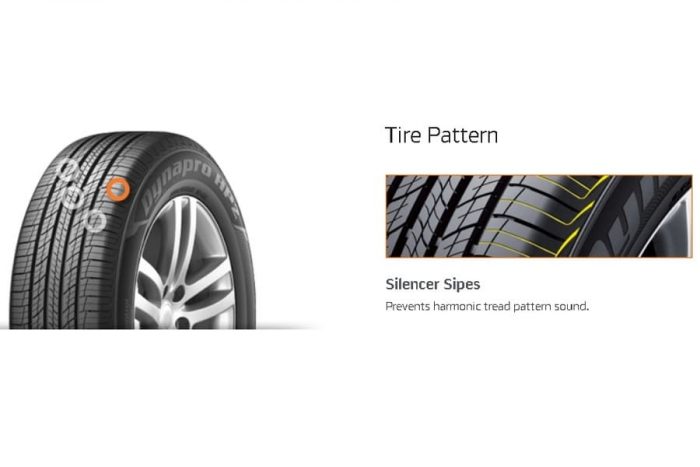 The biggest advantage of the Hankook Dynapro HP2 RA33 is its ability to resist roads, which are often strewn with gravel or rubble. They staunchly resist the sharp edges of various stones. Regardless of the speed, the tread does not deform and there are no cuts. Gravel simply bounces off the tread. The most that can happen is small stones get stuck in the longitudinal slats or side gutters. But with an increase in speed, under the action of centrifugal force, the tread is instantly cleared. 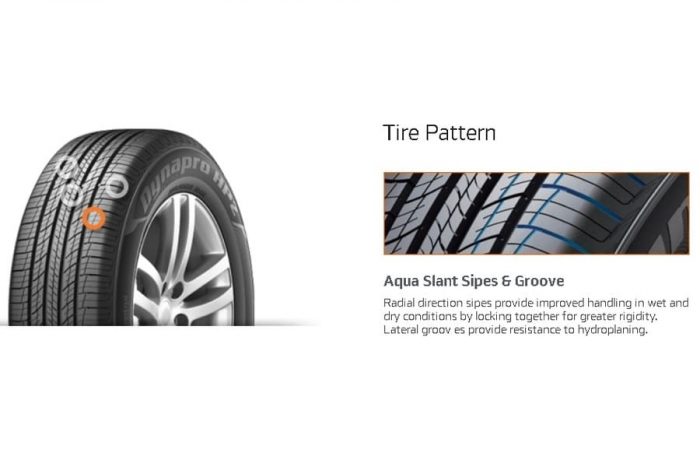 Among the mass of other advantages of this tire, we should certainly note the low noise level. It is provided not only by the multi-step arrangement of the tread elements but also by special grooves located in the shoulder areas of the tread. In addition, they made it possible to give a soft ride to the tire, which is provided by a tighter fit of the blocks on the surface. 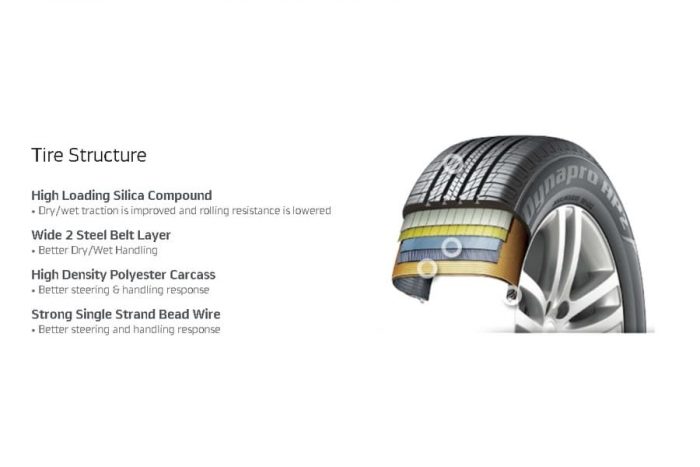 Drivers note that on dry asphalt when performing extreme maneuvering, the tire is predictable and understandable to control (but on a wet surface, handling is difficult). Drivers are satisfied that the tire is quiet and has good cross-country ability on gravel and sand. Also, buyers noted low fuel efficiency.