Pirelli wouldn’t be an Italian tire-maker if they didn’t have a large collection of high-performance summer tires. Pirelli P-Zero is one of the more famous tires in this category, and they actually have been around since 80s. They are quite popular, and if you consider buying performance summer tires, these would be on top of the list. 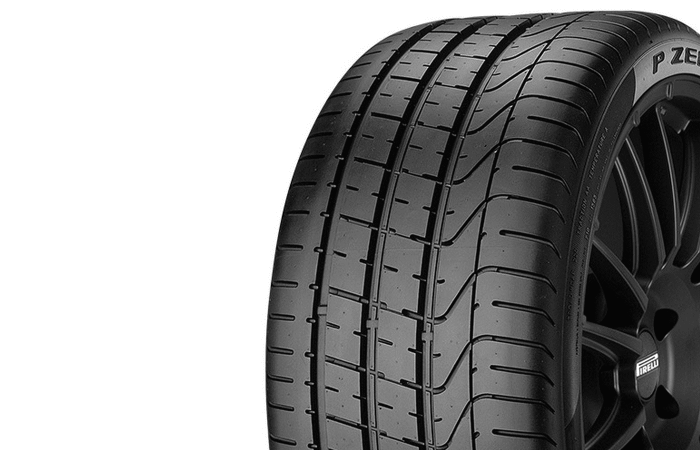 These tires do fit sports cars rather nicely, and you can race with these on without losing control in the slightest. But the manufacturer also made sure to promote stability and versatility of these tires. To achieve that, they introduced tons of interesting solutions into the composition. 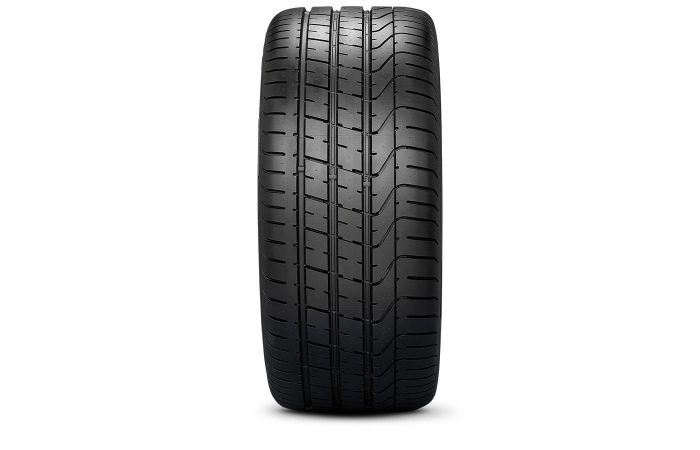 This tire is actually pretty interesting from this angle, because Pirelli introduced tons of extra composites into the inner side of the tire, while the tread itself didn’t get as many innovations (the materials are still top notch, though).
The metal belts inside act as a support, but they also can potentially improve handling and control. So, they covered the steel inside in nylon, then in two different types of polyamides. It implies outstanding strength, but also improved handling even while speeding.
While you’re driving, you have nothing to be worry about, they are pretty strong. Obviously, they’ll be useless once the tread thins out. The problem is that the tread is erased very quickly on these tires. The usual mileage is about 25,000 km, and it depends on your style of driving. 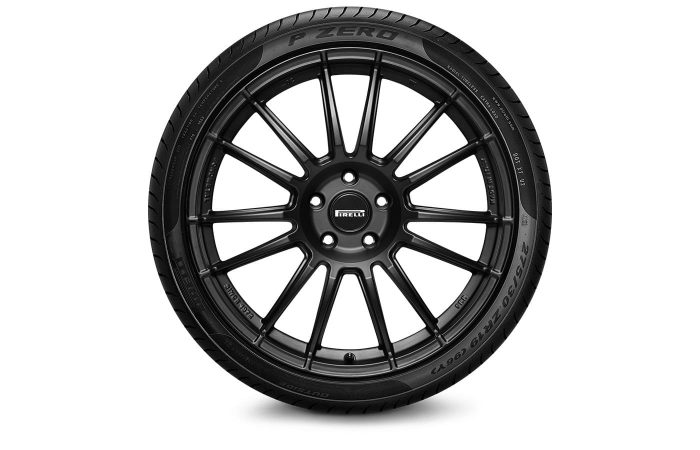 P-Zero is basically very powerful glass cannon. It’ll handle extremely well while it lasts, but it won’t last long. Many other high-performance summer tires are like this, but it’s still a major downside, especially considering you’re going to pay $150+ for each tread. 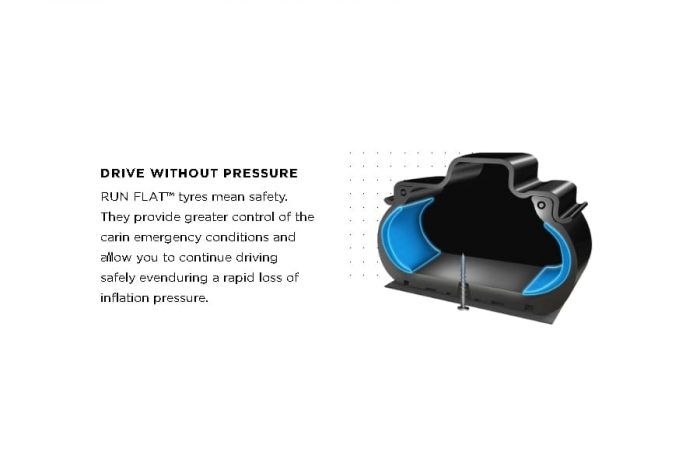 P-Zero is not just about traction at crazy speeds, it’s also about responsiveness, steering and comfort. They stocked up on various technologies exactly for this reason.
The tread design is aggressive, but it’s more than that. It’s a continuous pattern that goes all the way from wall to wall and is only separated by the four circular grooves for wet traction. This sort of design is there to give a constant feel of what’s below the car, which in turn makes steering and handling more efficient and comfortable.
But Pirelli didn’t forget about the biting edge needed for grip, as well. The blocks are molded to be more angular and claw-like, all to increase traction and control of the road. And there are other provisions that help with both these aspects.
On damp roads, the handling is improved by four big grooves. They help decrease the hydroplaning by getting rid of the excess water underneath. The contact with the road, in turn, is improved by the myriad of small S-shaped grooves called the sipes. They help with hydroplaning somewhat, but mostly provide better grip and handling.
The handling is boosted by the special F1-style bead. They are much stiffer than usual beads and act more homogenously with the wheels. As a result, the steering response is much quicker and more accurate. It’s also aided by the fairly wide shoulders with multiple lateral grooves for better steering. 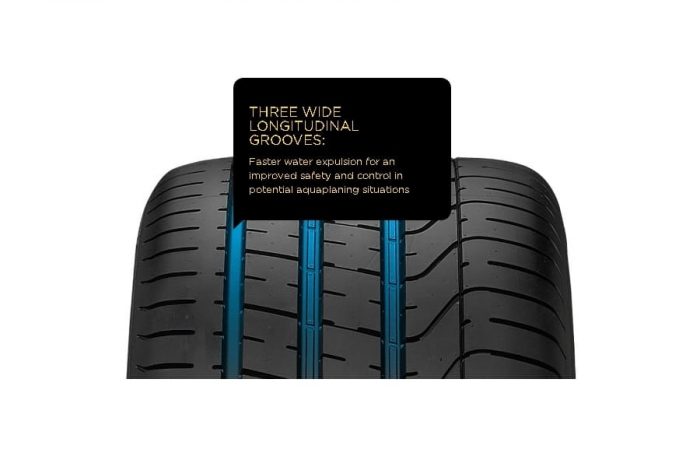 What you can expect from P-Zero is outstanding stability and control of where you’re going, as well as awesome grip on damp and dry surfaces. The quality doesn’t deteriorate with speed or as treads get thinner. That’s pretty much all you need from a summer sports tire, and more. 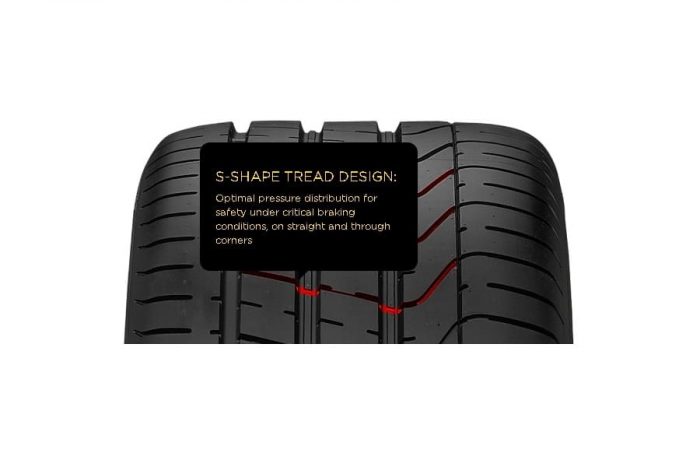 These treads don’t produce too much noise – at least for you. It’s all thanks to the tread design and the grooves positioning. The sipes do the most job, they break up the noise tires produce naturally. As a result, you don’t hear much inside the car, even when driving very fast. But do note that they are still pretty loud for those outside the cabin.
As for the smoothness of the ride, it’s pretty obvious. The contact area is stable and homogenous enough to give a constant feel of the road. And if the road is somehow not comfortable itself, the tires are soft enough to go over the obstacles without much fuss. 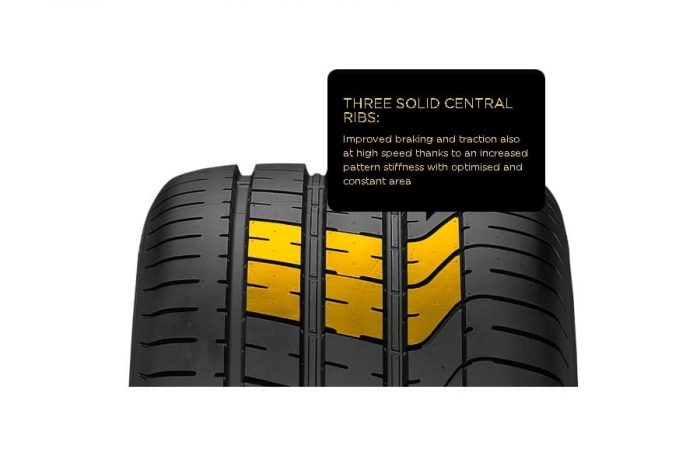 Pirelli P-Zero are pretty good when it comes to raw performance on the summer roads. It also handles comfortably, which isn’t always something you expect from this sort of tires. All of that explains well why the treads cost as much as $200 in some stores.
The only real problem is short tread life. These tires will hold strong against rubble and other obstacles because the materials are good enough. The tread, however, vanishes to fast.
The conclusion is that the tire is awesome for people who need it. If the driver wants to drive fast over countryside roads without having to worry about handling, these tires will suit well. If you’re able to invest a lot of money into tires that suit speedy driving style well, then Pirelli P-Zero is your choice.