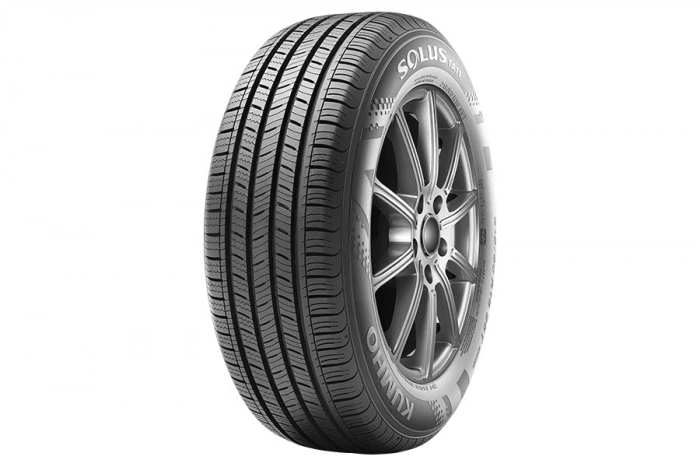 The Kumho Solus TA11 is a lightweight touring tire suitable for all weather conditions. The manufacturer has made high stakes, claiming the model’s ability to compete with the products of the leading manufacturers.
Tires are mainly used in the summer period of time (but there is an option for operation in a warm winter), mainly on passenger cars. A feature of Kumho Solus TA 11 rubber is that the model is used in any weather, has excellent durability and cross-country ability, despite the non-aggressive tread pattern.
According to experts, the tires have good dry handling and performance. Thanks to the large assortment, tires are already popular all over the world.
The company provides a 75,000-mile tread warranty. There are 44 different sizes available in the tire range, which are suitable for rim diameters 13-18. 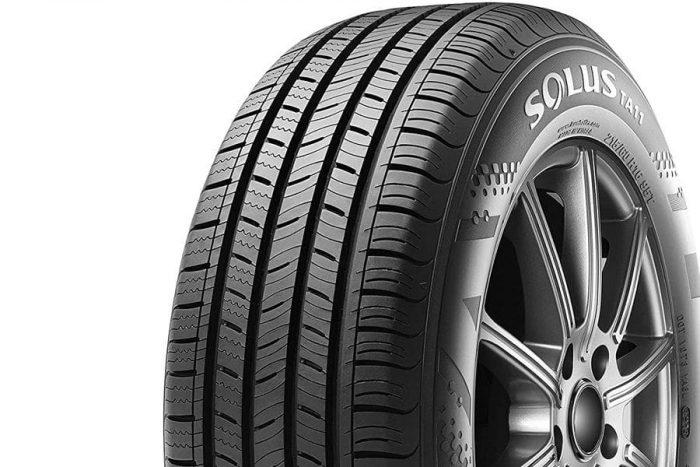 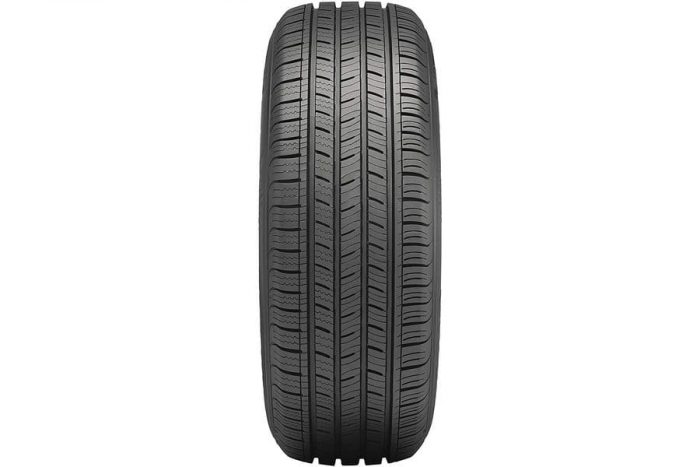 The tread of the presented tire has a traditional summer look. The working surface is asymmetric and has directionality due to the transverse channels located on the ribs. This image contributes to traction capabilities and makes the movement much safer. The contact patch is enlarged, so the entire tread surface is in direct contact with the road surface. This improves traction, both lateral and straight.
Thanks to Escot technology, the wheel design has acquired the required level of comfort. Tires silently literally “swallow” irregularities on the road surface. A driver using this tire will certainly appreciate the low noise level, soft ride, and high handling. 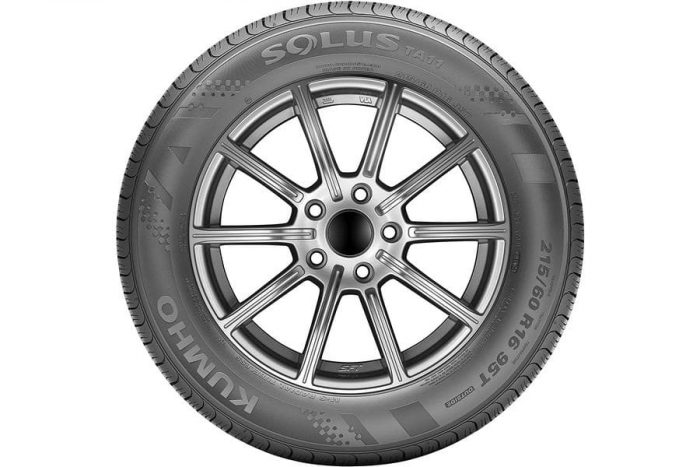 Four longitudinal grooves ensure efficient use of the tire on wet or snowy roads. Rubber is cleared of water mass as quickly as possible, which contributes to safety and stability. Winter traction is provided by tiny sipes on the tread that bite into the surface. But still, you should not focus on this rubber in the wintertime. The tires are suitable for winter use only in the city.
The composition of the tire cocktail was developed by the leading experts of the Korean manufacturer. A double silicone compound was used, which gave increased resistance to low temperatures as well as low rolling resistance.
Among the main drawbacks is performance on wet roads, especially on problematic roads and at high speeds. Another problem is winter traction, which is inherent in a large number of all-season tires. 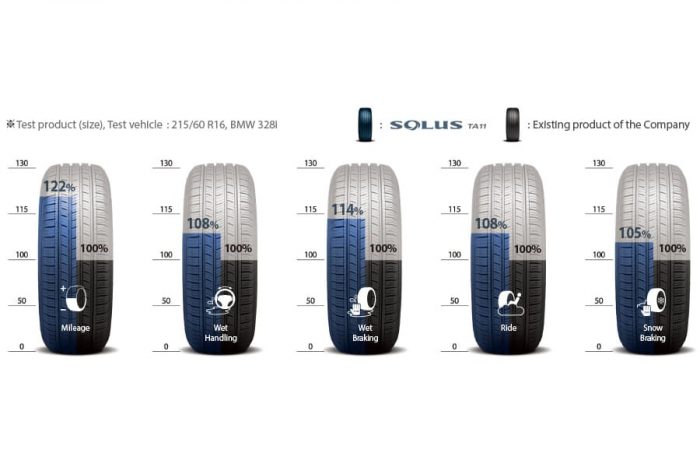 This is a good tire for those drivers who love good driving but don’t want to waste a lot of money on tires.
Prices for the Kumho Solus TA11 start at $ 52 and up. 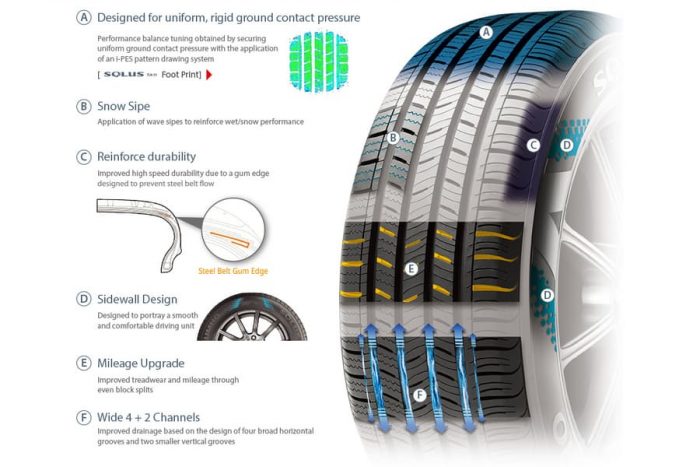 Tires have a little noise, but this is not critical, the noise level practically does not change on different surfaces. Copes well with pits. Holds the road perfectly, behaves well in a rut too. Drivers are mostly happy with this tire.