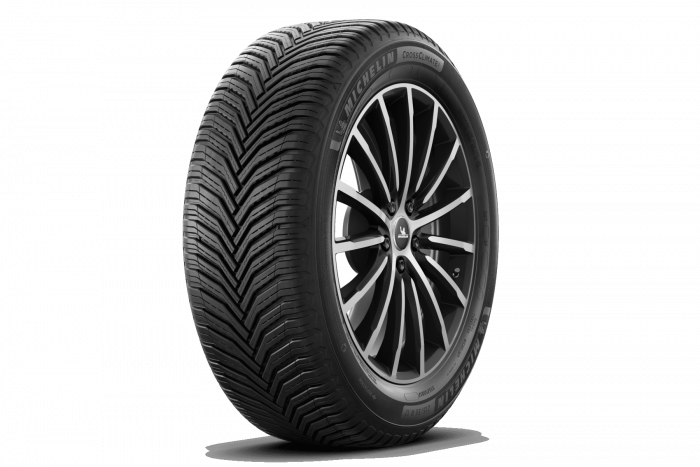 The Michelin CrossClimate 2 is an all-season tire that offers improved winter driving performance. You can find the 3PMSF symbol on the tires, which means that this tire model meets all industry standards.
This tire is a premium passenger car tire. The tires from the French manufacturer will perform well in both summer and winter. This model is available in options from 15 to 19 inches and is also marked with three snowflake peaks, i.e. 3PMSF. In practice, this means that if you prefer to ride the same set of tires all year round, choosing this type of tire can be a great alternative.
First of all, it is worth mentioning that this tire has reached Class A in wet grip both in summer and winter. The model has been tested by multiple organizations. Tests have confirmed that the CrossClimate 2 is a tire worth looking into. In addition to its ‘A’ class for wet grip, the tire also received the best rating in the noise marking category. 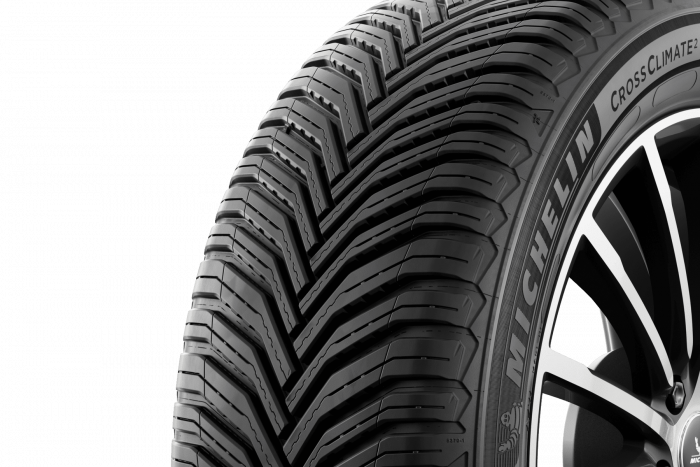 However, like any tire, has its advantages and disadvantages. So let’s take a look at what independent sources say are the strengths and weaknesses of the Michelin product. 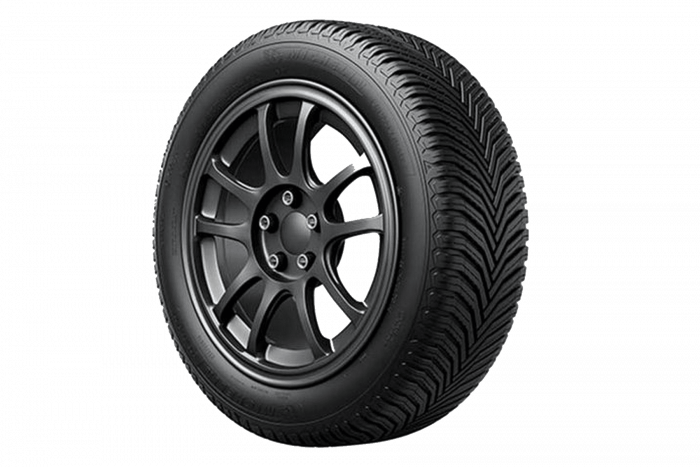 The directional tread provides a larger tire-to-road contact surface, and the tread pattern becomes stiffer with increasing speed, which further improves traction. Everything suggests that we have a summer tire. Indeed, Michelin is positioning its product as a summer tire approved for winter driving. 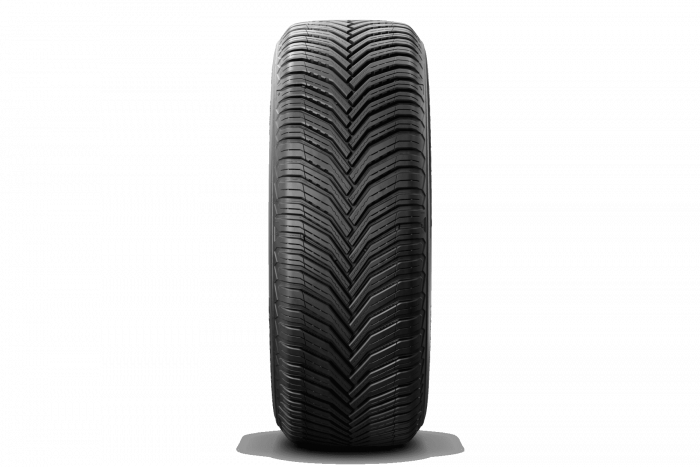 The tread contains a large amount of silicon dioxide, thanks to which the tire exhibits good winter characteristics
The tread pattern has two layers. One is under the surface and the other is on the tread. As a result, the tire has heat-resistant characteristics.
Tires can change shape to adapt to weather and environmental conditions. In winter, the tough “shoulders” of the tread soften and begin to work. Self-locking sipes open and, thanks to their surface, act simultaneously on many smaller sipes. If such a solution were used with a conventional mixture, we would very quickly break these sipes in the summer. 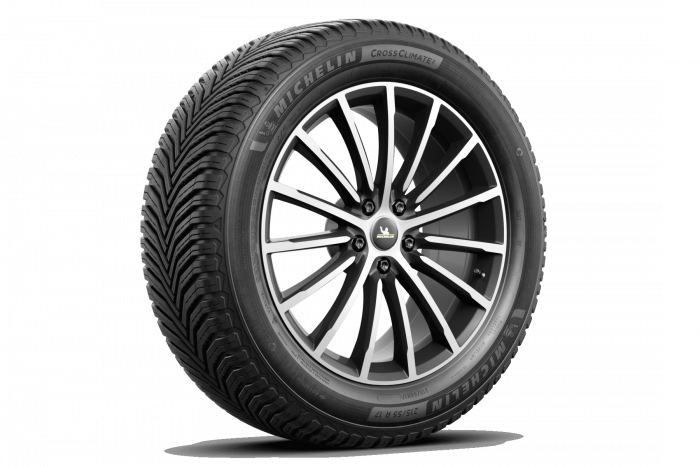 The specially formulated rubber compound used in the tread ensures safety on the road regardless of the road conditions. Due to its flexible properties, it provides the highest grip of the tire with the ground at any temperature. In addition, the braking performance and the driving comfort on dry roads have been improved, resulting in a smoother ride.
Thanks to the 3PMSF mark, the tire model has been approved for use on snowy roads without any problems. 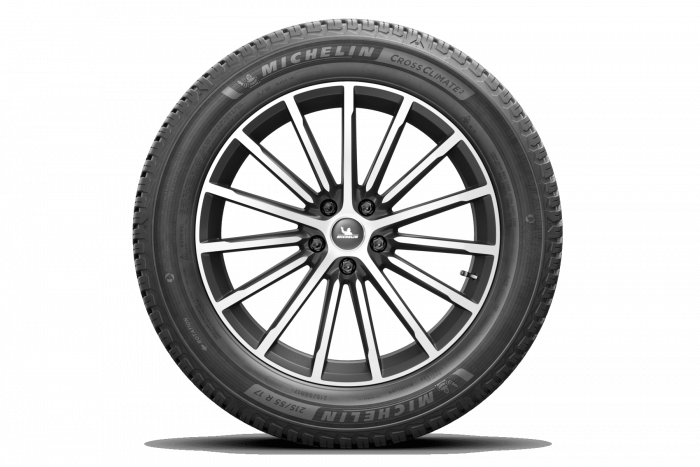 What’s more impressive? Well, the tire boasts even more durability and durability. All thanks to the unique tread with high rigidity and V-shaped structure. It also improved the more accurate overlap of its relief with the surface, thanks to which we literally get the effect of cutting into the snow. The manufacturer guarantees safety from the first to the last kilometer. 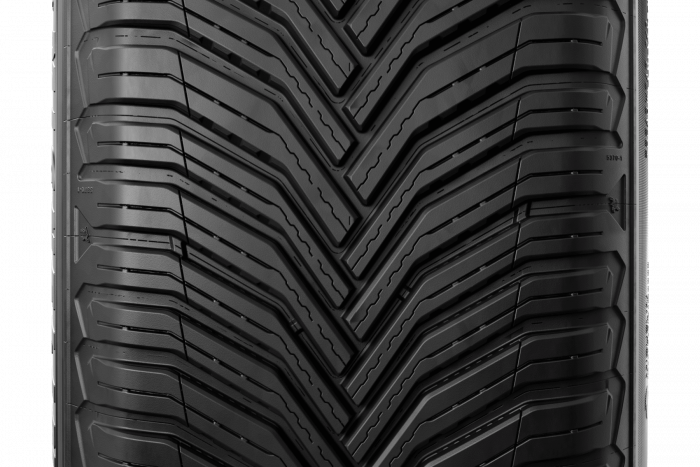 Tires use conventional tread wear indicators, which are located in the tire grooves and become visible when the tread wears down to the minimum level (2/32 inches), but it is recommended to replace tires earlier. The company also provides a 60,000-mile tread warranty.

Are the tires suitable for off-road driving? 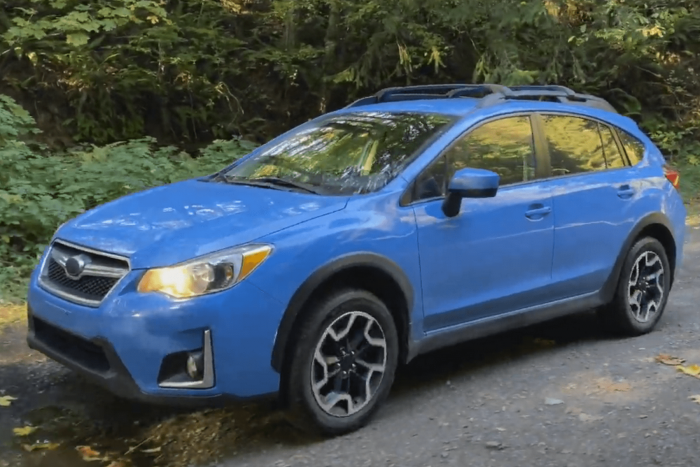 This tire is not designed for off-road driving, so you may not expect good performance on gravel or muddy roads. Moreover, such roads can easily damage the tire tread.

Should you buy it? 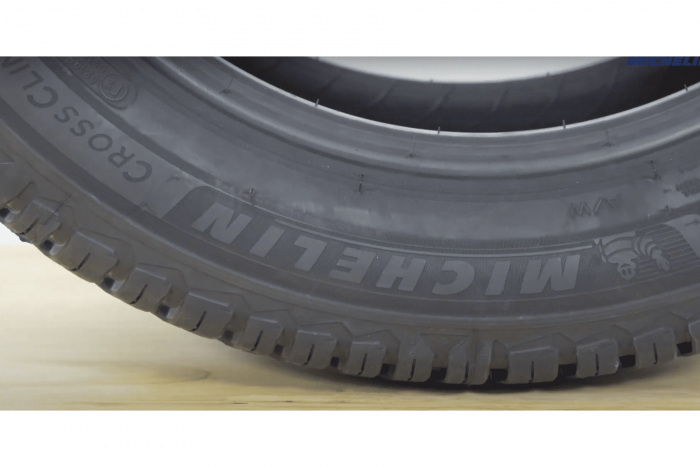 Above all, this tire provides safety and peace of mind in all weather conditions. We remind you that this is a summer tire with winter approval, which is why we treat it as a multi-season product. As for the braking distance in summer conditions, it is very similar to that guaranteed by summer tires. This model boasts a 25% increase in tread life compared to the average premium all-season tires available on the market.
In addition, it has an excellent grip on wet surfaces regardless of the season and weather conditions. 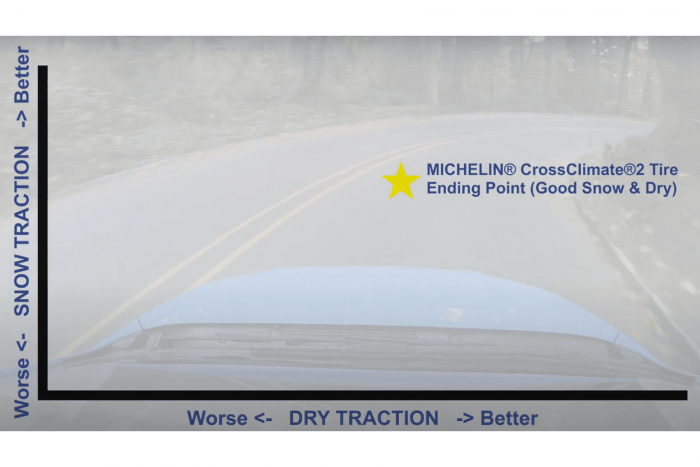 One of the most important factors when buying tires is user feedback. We have analyzed several comments that come from our website. French tire users especially appreciate these tires for their wet grip. It should be emphasized that the Michelin tire does not lose its handling on snow, which is often emphasized by drivers.