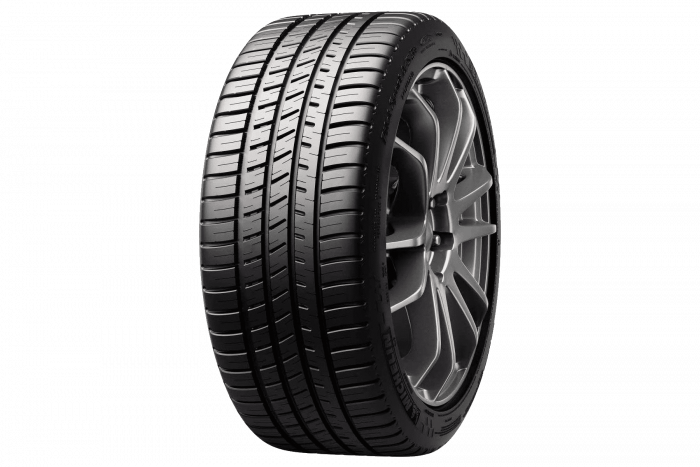 All-season ultra-high-performance tires may seem like a fantasy to some. After all, how can such tires provide high-quality grip all year round?
Michelin proved otherwise with the Pilot Sport A / S 3+ tires. How can you not trust a company that manufactures its products in popular racing series, including Formula 1?
These tires can even be called their best model of this kind. These tires are designed for sports car drivers who want much better performance while driving. 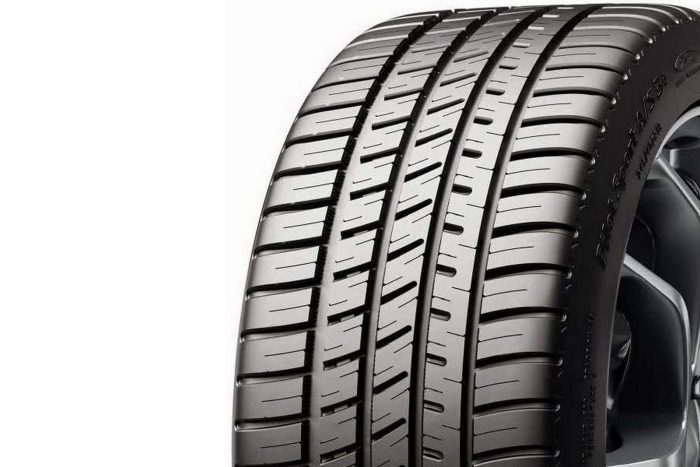 The tires contain Helio +, which has an increased amount of silicon dioxide. This compound and unique cutting edges improve snow traction by up to 30% than older versions of these tires. The part of this Helio+ technology  is the Extreme Silica Technology tread compound with sunflower oil. This feature, together with aggressive asymmetric tread patterns, extends tire life and improves grip on both wet and dry roads. Michelin Variable Contact Patch 3.0 technology is used in the production of tires, which reduces thermal deformation, so if you like fast and energetic driving, this feature will bring you pleasure.
The tires, of course, have large ring grooves and sipes of varying thicknesses, which make traction, braking, and acceleration much more efficient.
The company stated on its website that the Michelin Pilot Sport A / S 3+ exhibits much better braking performance than its class and price category competitors. 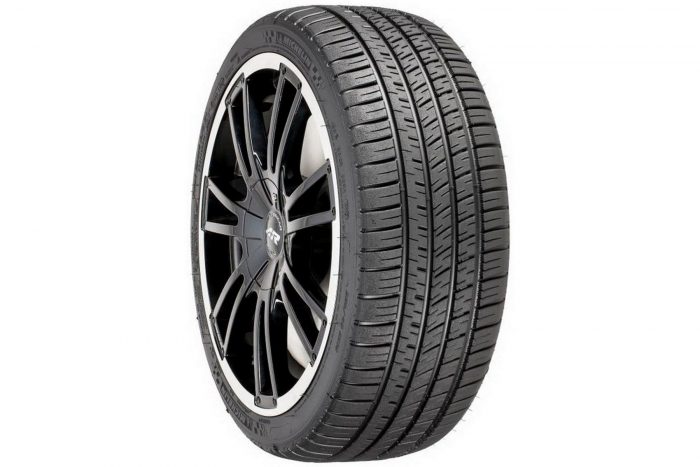 However, you should be prepared for the fact that such tires will be expensive. If you think logically, premium tires simply can’t be cheap, especially if it’s Michelin.
We invite you to make an overview of all points of performance. We’ll start with the pros and cons of tires. 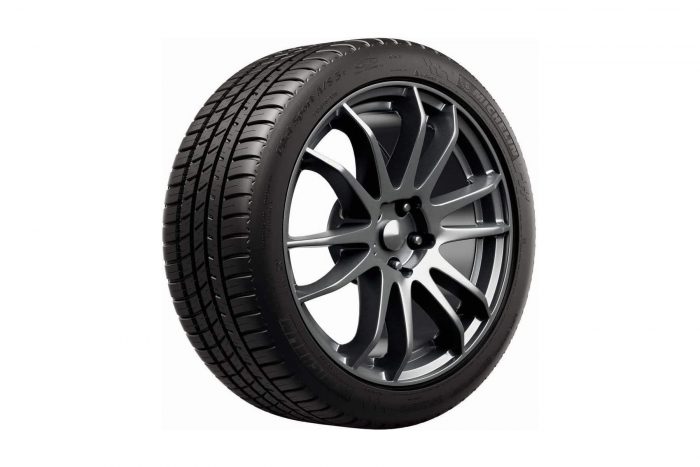 The company has again convinced us of its professionalism. Do you know how? With this tire model, the company has corrected one of the most common complaints it encounters with the previous model, namely poor performance while driving in winter. This model shows excellent performance on ice and snow, boasting excellent traction, braking, and acceleration.
It is difficult to say this about comfort since it could have been much better. It can be concluded that comfort was not in the first place in the production of these tires. But it fully meets its cost, and there were no strong complaints about this either.
The tire has rigid blocks on the outer shoulders, thanks to which the tire’s handle turns with ease. To improve performance in rainy weather, the tire has been fitted with four wide circumferential grooves.
The internal structure does not have any special changes. Inside the tire, you will find two steel cords with a reinforced polyamide cord. This design makes the tires more durable at high speeds.
Tires are sold in sizes from 16 “to 22”, so you can easily find this tire for most sports cars.
If you want to improve the performance of your sports car, feel free to buy this tire model. 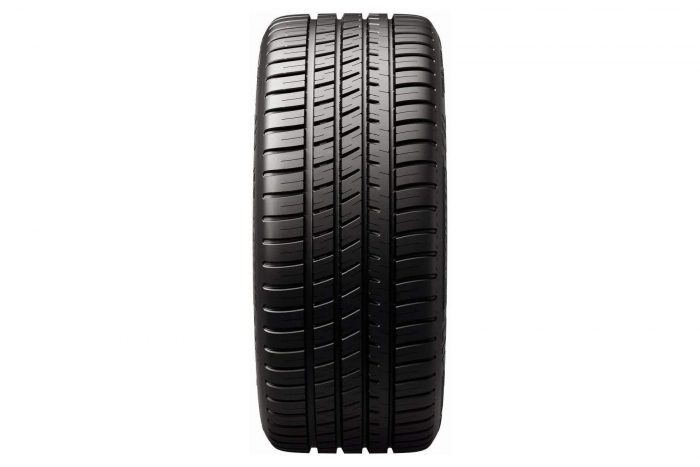 These tires have standard wear indicators that become noticeable when the tread wears down to their level. Competitor tires have better indicators that immediately show the degree of wear.
These indicators are located inside the ring grooves and can only be noticed when the tire tread wears down to 2/32 inches and is at the same level as the indicators. This indicates that the tires need to be replaced. Therefore, you risk your safety when you ride on a tread that has worn down to more than 2/32 inches. Moreover, in some states, this is prohibited by law.
The good news is that the tread life is quite high, so you can count on the average service life of 3 years. In addition, the company provides a 45,000-mile tread warranty, which is very good for this class of tires. 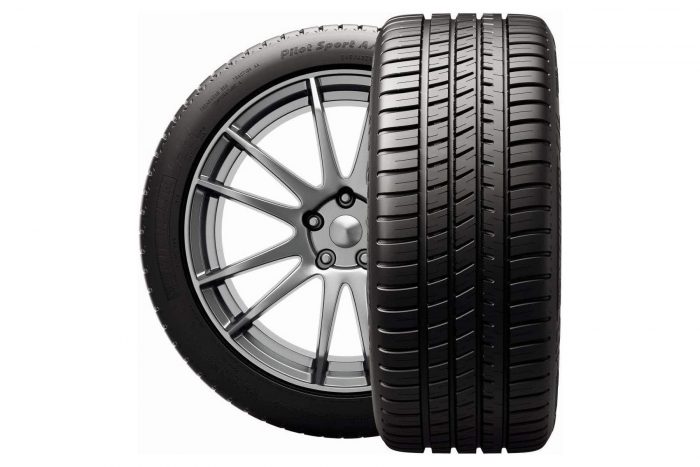 Tires react quickly to steering, for good reason, these tires are considered the best in their category. Despite other all-season tires, the Michelin Pilot Sport A / S 3+ provides a good grip. Some even compare its quality to summer tires.
It is one of the best tires for driving in rainy weather. Despite the weather conditions, these tires do an excellent job of cornering, deceleration, and acceleration, showing exceptional resistance to aquaplaning. With these tires, you can feel safe no matter the weather. Additionally, tires have one of the shortest braking distances in this category.
The Michelin Pilot Sport A / S 3+ shows good performance when driving on snow. The tires have a good grip on light snow and the tires do a good job even when cornering.
But if you live in areas with harsh winters, you’d better stock up on a special set of winter tires.

Are these tires suitable for off-road driving? 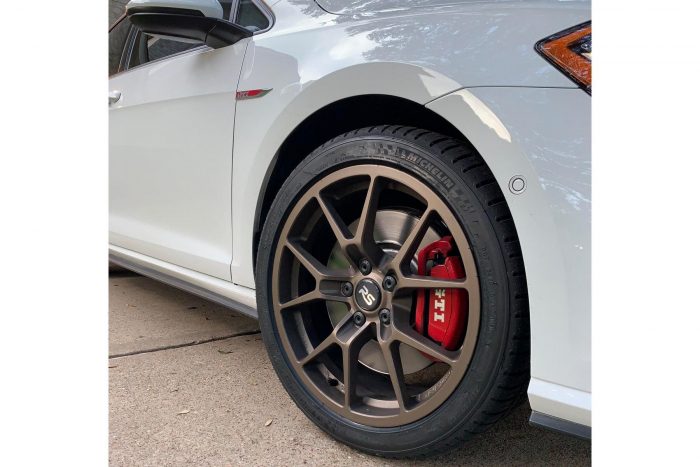 While the tires are suitable for some crossovers, they are not designed for off-road driving. The tire will not provide you with good enough traction in gravel or mud. Additionally, the tread of the tires will not be able to withstand driving over rocks, so it can puncture very quickly.

Are the tires comfortable?

Tires provide good comfort, but you can find many tires in the same category that are much more comfortable. Despite this, the tires provide a smooth and quiet ride, but growls can still be heard on more uneven surfaces.

Should you buy the Michelin Pilot Sport A / S 3+?

This is one of the best all-season ultra high performance tires out there, so if the price doesn’t scare you, you can safely buy this tire model.
Prices for this model start at $ 165 and up. 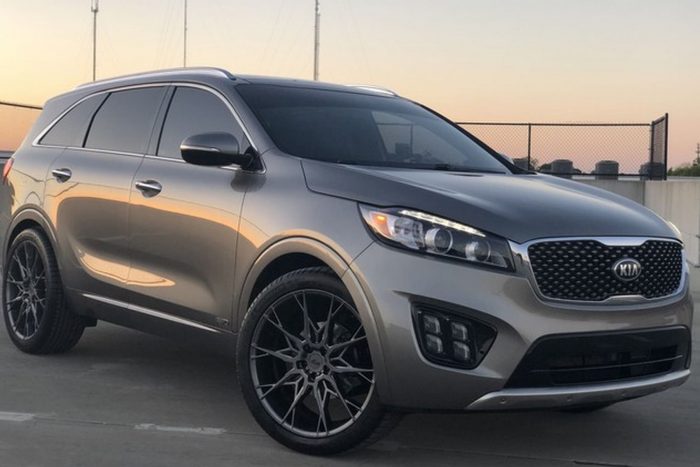 Most drivers say that these are very good tires, not only for driving in the snow but also on slippery and dry asphalt. Also, buyers emphasize that they are very quiet on both flat and more problematic roads. They are ideal for anyone who values a comfortable ride.