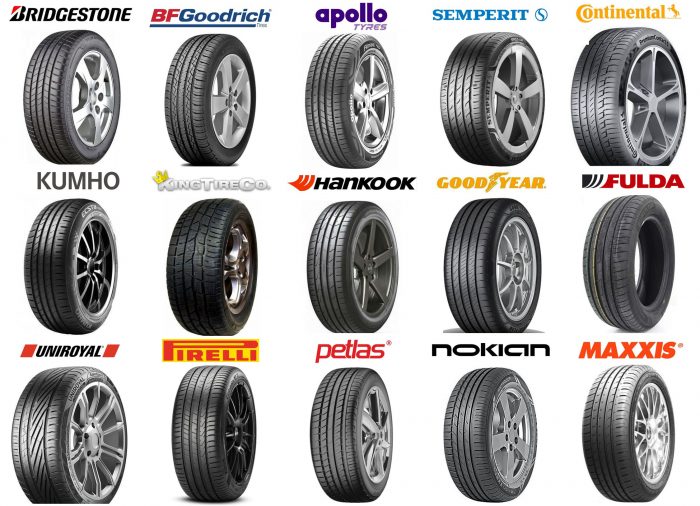 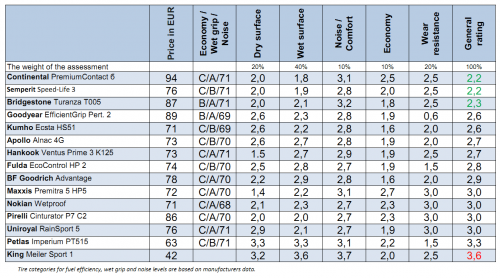 The top 3 turned out to be the most balanced in their performance properties. Tires from Continental, Semperit, and Bridgestone received the verdict “Good” and there-fore are highly recommended by ADAC experts for purchase. 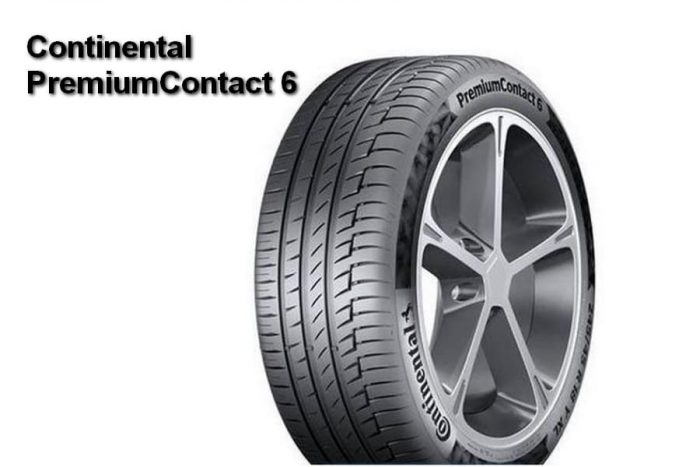 The most expensive tire in the test, the Continental PremiumContact 6, is particularly impressive in the wet, where it showed top class in handling and braking performance. They behave perfectly and brake quickly on dry surfaces. 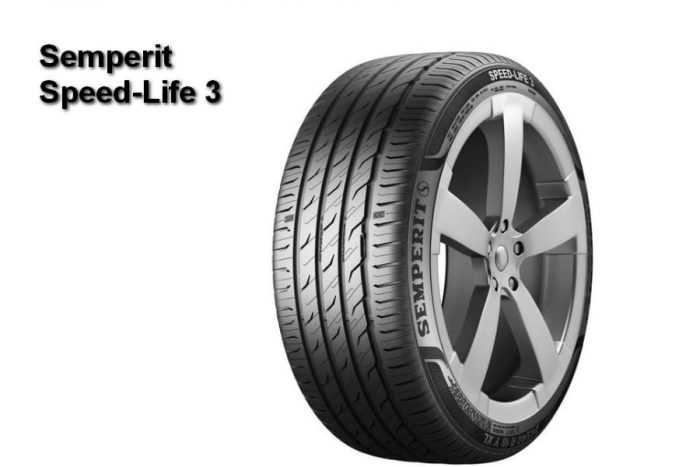 Continental’s subsidiary brand Semperit Speed-Life 3 tires also performed well in such disciplines as braking performance and wet handling, but sagged in transverse aquaplaning and noise levels, both external and internal. 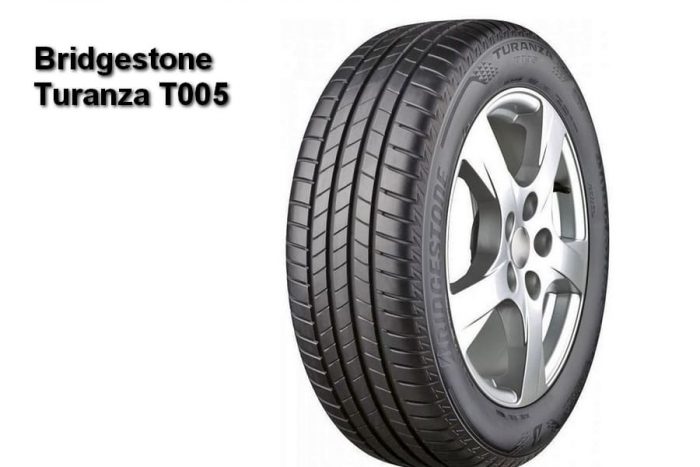 The Bridgestone Turanza T005 made the third step in ADAC’s rating, which was good on wet surfaces and impressed with its braking efficiency on dry asphalt. Another strong point of the model is its low rolling resistance.

The disadvantages of Bridgestone Turanza T005 are relatively weak resistance to transverse aquaplaning and a high level of external noise. Interestingly, as a summer touring tire T005 could compete for the leadership in the test of resistance to wear, but this did not happen. 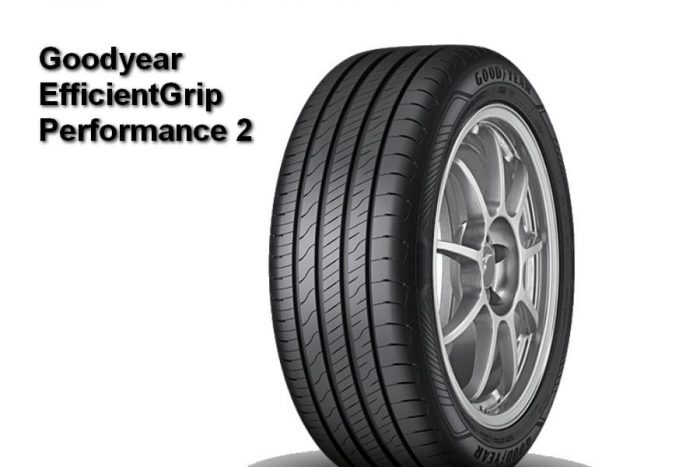 The Goodyear EfficientGrip Performance 2, which shared fourth place with the Kumho Ecsta HS51, topped the group of models with a “satisfactory” verdict.
On wet roads, the model achieved good results (except for resistance to transverse aquaplaning), and its special merit testers called high wear resistance. In terms of wear, the EfficientGrip Performance 2 has the best value for money. The estimated mileage is more than 55000 km. 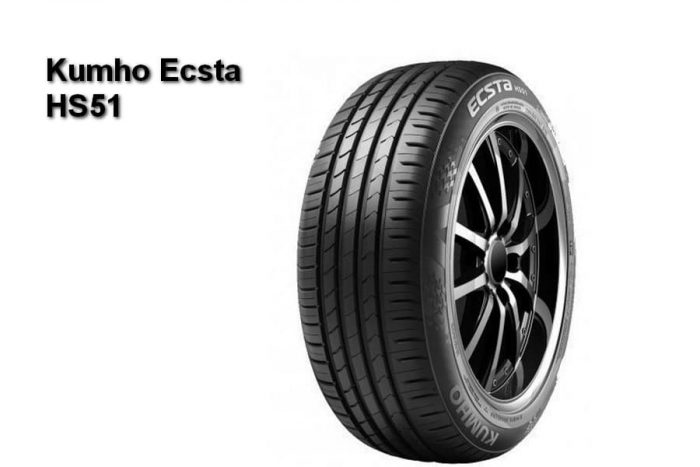 Minor shortcomings on dry roads were also recorded in the South Korean Kumho Ecsta HS51. The test car, equipped with HS51, behaved less accurately in compar-ison with the “shoes” competing in the test. However, in terms of safety, the experts could not call the behavior of the tire critical but noted that in practice it was still an-noying. At the same time, the Ecsta HS51 attracted special attention with its re-sistance to aquaplaning and the lowest fuel consumption in the test. 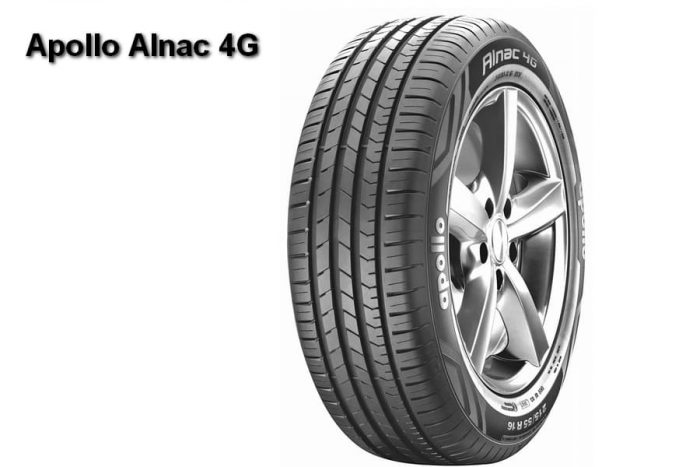 Two models – Apollo Alnac 4G and Hankook Ventus Prime 3 K125 finished at the number 6 in the final ranking ADAC 2021. The summer tires of Indian company Apollo showed insignificant disadvantages on a dry road, where it was impossible to drive accurately the test VW Golf VII and there was a tendency to oversteer. On the wet, the Alnac 4G performed satisfactorily, resulting in a devaluation of the overall grade. The effect of these tires on fuel consumption is relatively small. They have performed well in terms of durability. 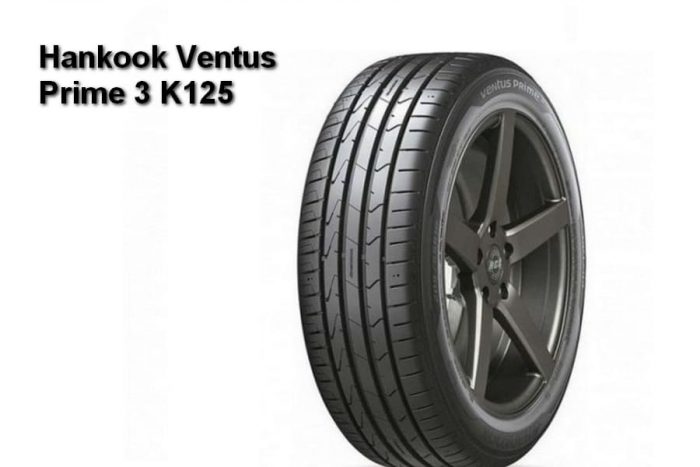 Hankook Ventus Prime 3 K125 tires are ideal for dry conditions. They are distin-guished by high accuracy of steering, excellent grip, and braking properties. Hankook K125 tires reliably contact the dry road on the limit of adhesion and do not show any deviations concerning reactions on loading change while cornering. On the other hand, in the wet, Hankook’s products were in the middle of the pack due to handling issues, which generally resulted in a lower overall score. Besides, the Ventus Prime 3 has a relatively low fuel consumption. 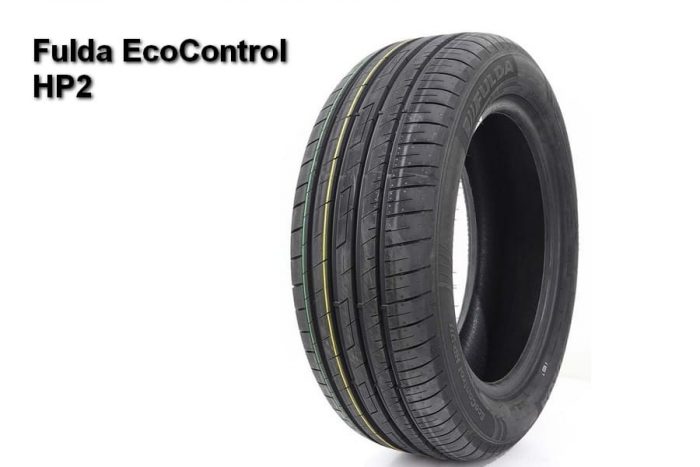 The Fulda EcoControl HP2 tires from the legendary Goodyear brand are definitely in the lead in terms of wear and fuel consumption. Inaccuracies in steering and oversteer on dry roads, as well as a satisfactory overall result on wet surfaces, cost valuable points, so they are only in eighth place. 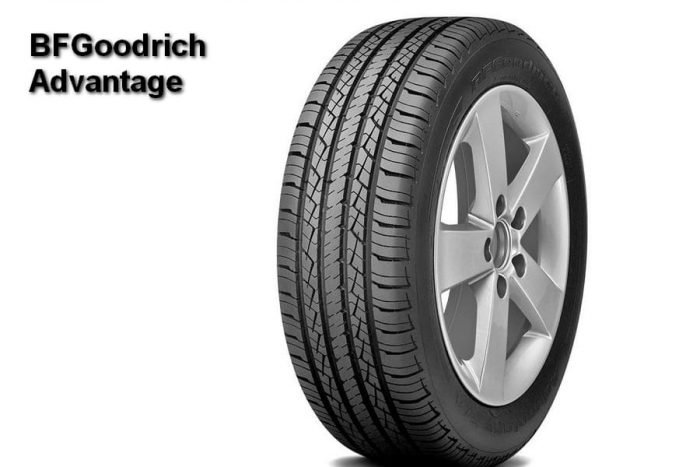 Michelin Group’s BFGoodrich Advantage tires crossed the finish line with the ninth overall result. With excellent braking and balance in the dry, their advantages of high wear resistance and low rolling resistance outweighed their average overall result in the wet. On the wet driving track, the Advantage tires were found to have poor traction and significant cornering power loss during acceleration and braking. Ultimate driving behavior was only satisfactory. 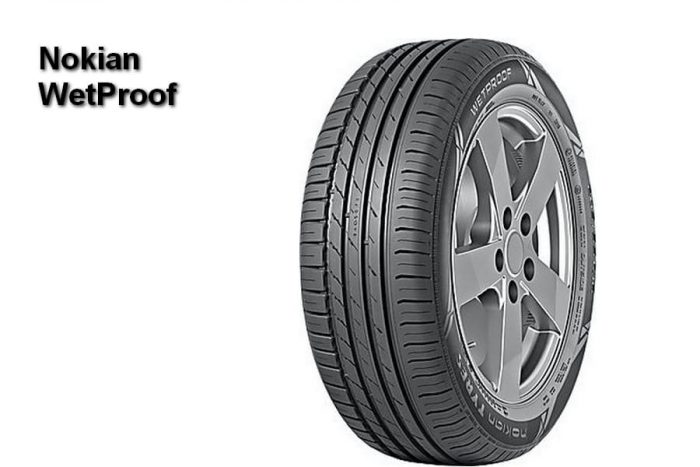 The Maxxis Premitra 5, Nokian Wetproof, and Pirelli Cinturato P7C2 share the top 10 of the ADAC 2021 Summer Tire Test 205/55 R16. Their performance on dry and wet roads is balanced and within the norm, but their relatively high wear and increased rolling resistance were classified as an obvious, unnerving disadvantage for car owners. 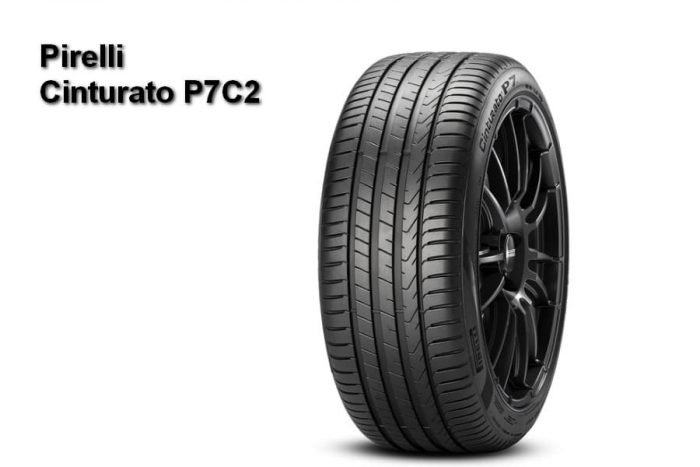 That said, the panel still recommends these tires for use on vehicles with very low annual mileage only, as Nokian, Pirelli and Maxxis tires showed extremely low pre-dicted mileage. 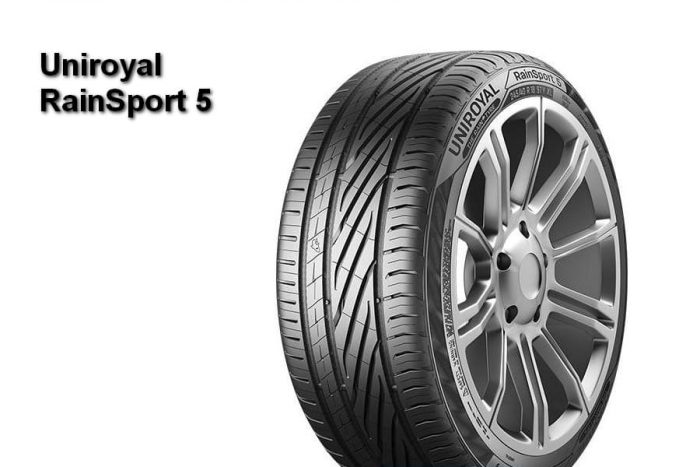 The Uniroyal RainSport 5 tires also fell in with the Nokian, Maxxis, and Pirelli models, with which they share the disadvantage of relatively high wear. That said, they also have disadvantages on dry roads. Even with effective braking, the Uniroyal tires could not go beyond a satisfactory result due to poor handling on dry surfaces. On wet roads, the tires live up to their name. On twisty roads, they show a high level of grip and remain controllable to the limit. An added advantage of the RainSport 5 is relatively low fuel consumption. 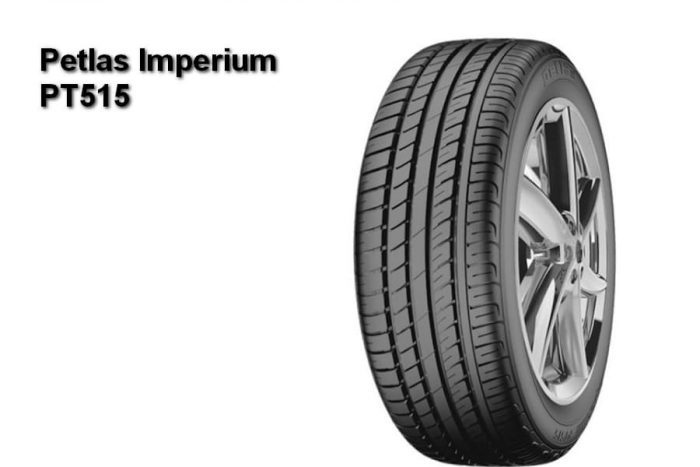 Turkish Petlas Imperium PT515 got 14th place. Their braking performance on dry asphalt was rated “good”, but compared to the best in the discipline, their braking distance is 4.5 meters longer. In the other “dry” exercises their results are average and below average (driving safety). On the wet road, the Petlas Imperium PT515 showed their other weaknesses: they have a long braking distance, too low grip, and cornering forces, which can only be transmitted to a limited extent, are too noticeable. For all the shortcomings of the Turkish tires, their distinct advantage is relatively little wear. 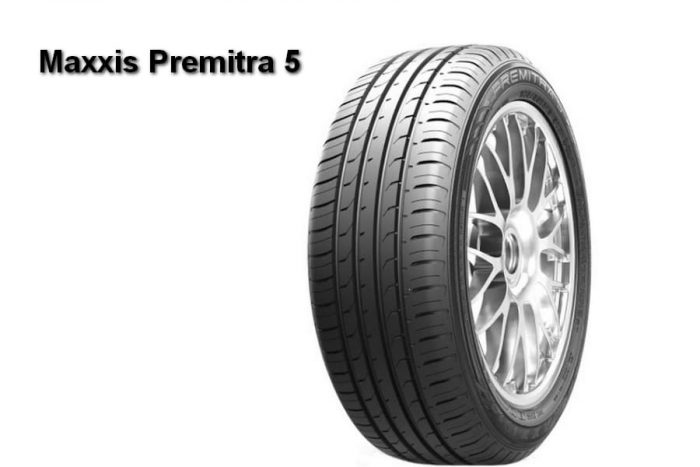 The King Meiler Sport 1 is the only retreaded model that, although it tried to somehow stand up to the 14 new tires, ended up succeeding very little. While braking quite effectively on dry roads in the handling test, it distinguished itself with sluggish and imprecise responses. The traction limit was reached very quickly on all maneuvers. Also, Meiler Sport 1 reacted to heat, quickly losing performance. 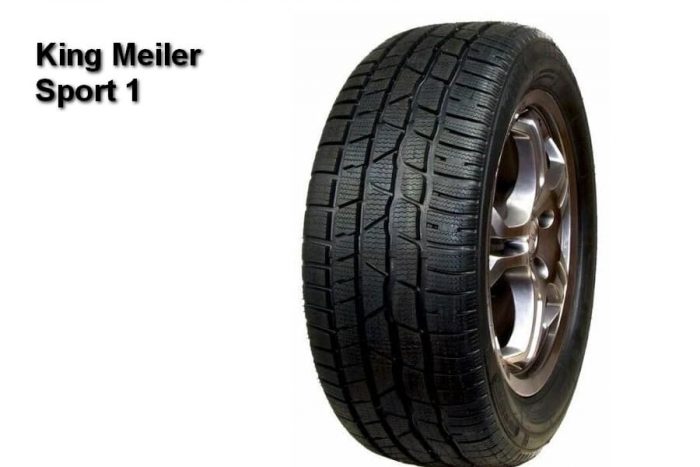 The bad result in the wet because of extremely poor handling, poor braking properties, and low resistance to aquaplaning, especially transverse, led to a disappointing overall rating – the last, 15th place in the test. On top of that, the Meiler Sport 1 tires proved to be noisy and uncomfortable.