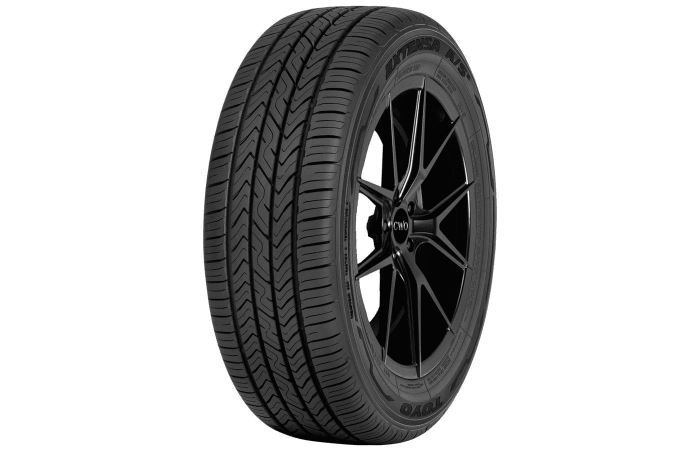 Extensa tires are designed to give you an adequate all-season driving experience, and Extensa II is the latest addition to this line of products. This tread focuses on wet traction specifically, which means you’re going to have an excellent time in the rain and a good one in snow. The dry grip is good, but it’s really not the target of focus here.

These treads are mostly meant for SUVs and CUVs – the bigger cars, in short. That allowed the tire-maker to focus less on stability and more on improving grip and handling. As a result, these tires perform well, especially on damp ground. But let’s see how they achieved that. 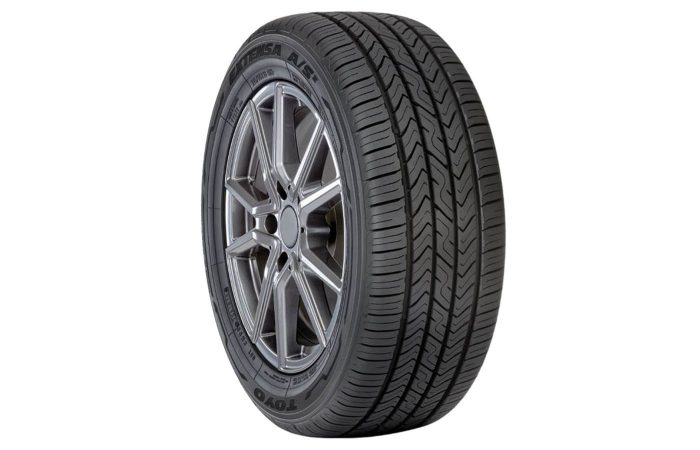 There’s nothing special about the composition, really. The casing is mostly polyester cord with two usual steel belts inside. It’s a pretty basic combination, but it gets the job done when it comes to supporting the shape and integrity of the tires.
It doesn’t seem to have any other components, which explains why this tire costs so less than other Toyo tires. The usual price is at ~80 USD, which is pretty good for an all-season tire that lasts for a long time.
The projected mileage depends on the tire size, but the minimal warranted distance is 100,000 km. It translates to about 4 years of constant driving. Considering you don’t pay as much for them, that’s a very beneficial investment. True, you also need to see the characteristics and decide whether you actually need this sort of tire. 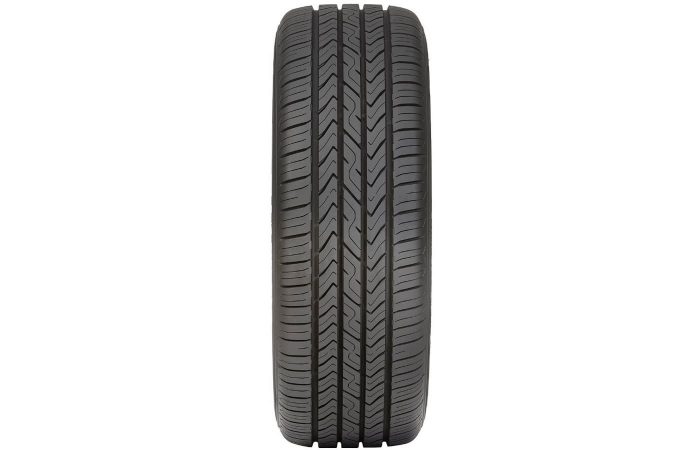 This tread pattern is notable for having a lot of siping and grooving. It wasn’t done chaotically, too – but in an optimized and balanced way, all to improve tire parameters on snow and wet ground. All the rest wasn’t sidelined – it’s just not as pronounced and effective.
The resulting design can be divided into two parts – the shoulders and the central section. It too is further divided into three independent blocks, although the groove pattern is pretty much continuous, excluding the four circular grooves that cut the tread into pieces.
The lateral grooves inside the central area have a peculiar wavy pattern. They weren’t deprived of gripping edges, but it’s definitely not an aggressive shape, even if there are sharp angles. These grooves help more with water evacuation, but they are also not helpless in terms of grip and handling. 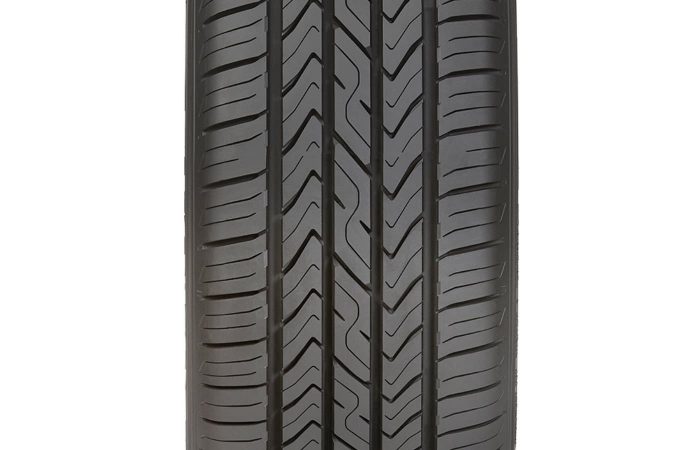 The central section is irregular, and it definitely deteriorates stability. It’s not that big of a problem, because the cars that use these treads are usually heavier and thus have more control as a rule. The issue is also remedied by the tough broad shoulders with tons of lateral grooving, which make steering more responsive.
The wet traction is improved by the four circular grooves and smaller grooves called sipes. The circular ones are obviously there for water evacuation. Given that there are four of them and the lateral canals are positioned to help them with their task, there’s next to no hydroplaning as a result.
The sipes, for their part, take care of the damp and snowy grip. The latter is crucial, because they are positioned specifically to navigate in snow better. This tread in general has a lot of sweeping potential, and it’s great for going through snow. It’s important to remember that they are no match for the specifically winter tires, though. 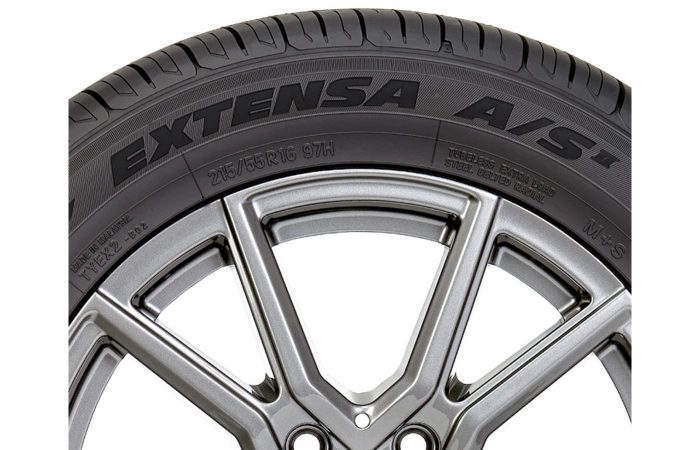 The dry traction is as good as wet traction, and that’s saying something, because dry grip isn’t as demanding. What grooving and stability Extensa II has is enough for most situations. Just remember that they won’t do that well at extremely high speeds. 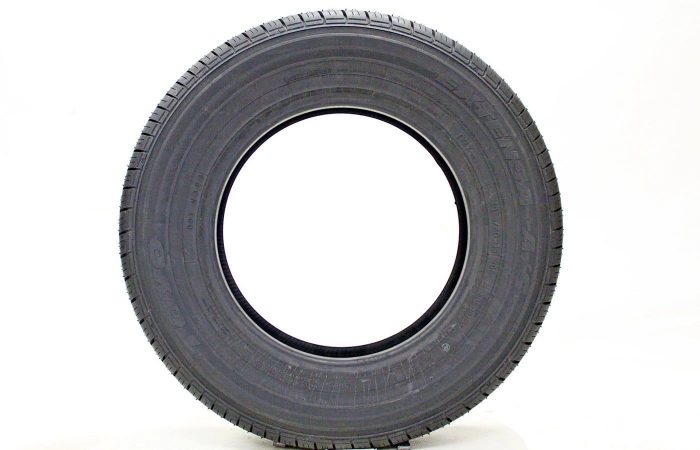 The advantage of having the continuous pattern like the one in the central area (even if it’s segmented by vertical grooves) is that the response you get is pretty homogenous. For instance, when steering the feel will pretty much be the same all the way through. It improves comfort very much.
Thanks to the same design, they don’t produce too much noise, either. Extensa II tires are pretty quiet, especially in terms of cabin audibility.

These tires are decent. They aren’t particularly impactful, even though they were clearly designed to help you navigate in slippery weather like snow or rain. That is appreciated, but even with these provisions in place the grip could be much better. But then, they are pretty cheap, and the tread seems to wear slowly enough.
Toyo Extensa A/S II tires are great if your region of habitat gets tons of precipitation round the year and if you’re able to drive responsibly. In dangerous road situations, their grip might not be enough. If you’re certain they suit you, then go ahead and try them.