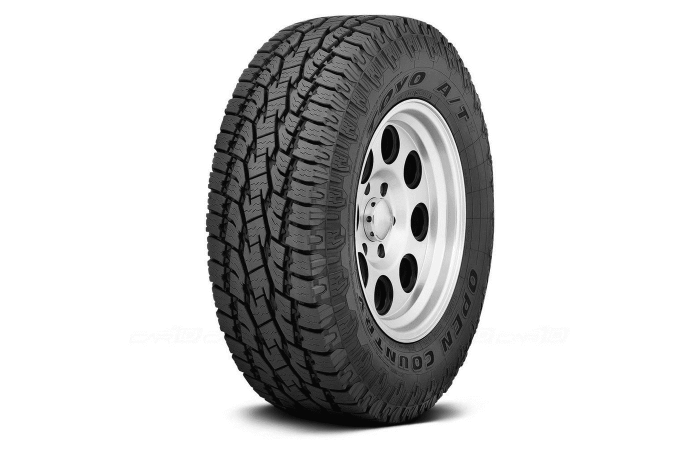 Open Country AT2 is one of the more prominent off-road treads delivered to you by Toyo. As far as off-road driving goes, there’s almost nothing to complain about them. In fact, the manufacturer introduced a lot of things that don’t just improve the riding experience off-road, but other factors also.
Right now, they might be amongst the best all-terrain options, especially for the price in question (about 150 USD per tire). Add the fact that they live for a good long while, and it’s hard to not consider these tires. Now, they do have some problems here and there, but they pale in comparison to the upsides and the potential this tread has. 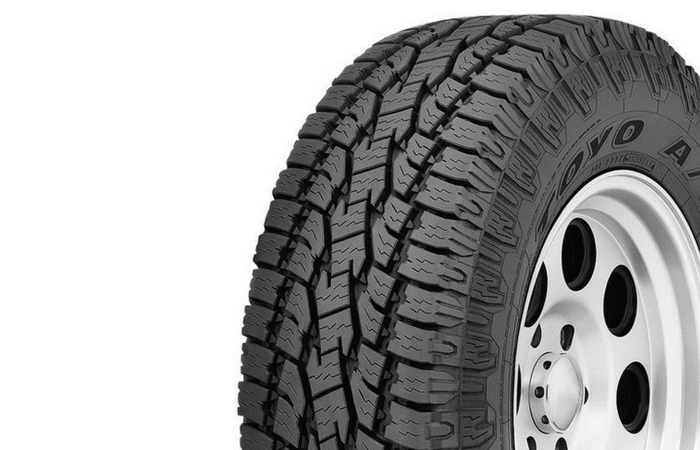 As Toyo itself claims, the composition is design almost entirely to promote longevity and strength. They might be rather rigid, but that’s if it means more toughness out there in the wild, then it’s all good.
The compound used in the tread extends its life by almost a half of what it could’ve lived otherwise. There are tons of wear-resistant components, meaning you get to ride these tires for several years – in snow and mud.
The end number is between 80,000 an 105,000 km, depending of the size you prefer. Obviously it implies riding off-road for pretty much the entirety of this period, because on-road they would be uncomfortable and borderline dangerous. 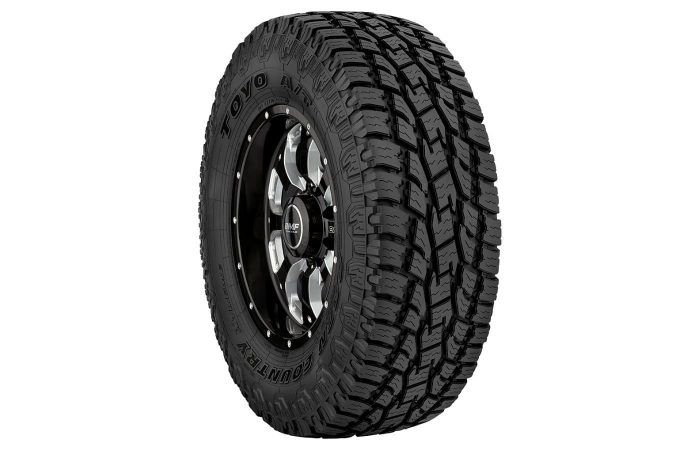 You know the treads that try to be somewhere between all-terrain and all-season? They usually do a decent job off-road and behave excellently on the paved roads. Open Country is completely opposite. It’s all-terrain through and through, but it has some provisions for on-road driving that make doing it bearable. 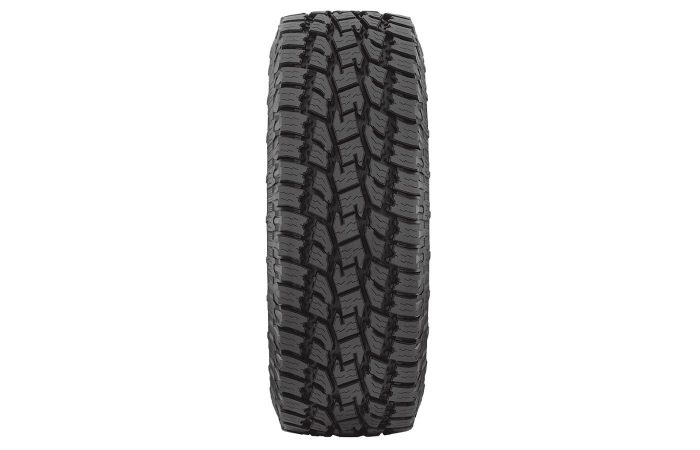 For instance, there are tiny joints located between the blocks. They are supposed to uphold their shape and keep them from going all over the place. It means you have more control on the road. A very bright idea, considering you’ll probably have to drive to a muddy road through a paved one.
But the design itself is totally aimed at giving you the ultimate off-road experience. The blocks are more pronounced and there’s a lot of void between them to accommodate all the mud you’ll collect.
The grooves are positioned to mold the blocks into more aggressive shapes and give you more grip on the loose surfaces such as mud, dirt, sand and so forth. The blocks are actually barely connected to one another, and it’s a good thing you have more empty space for digging.
The blocks are kept together by joints. Although some degree of flexibility is healthy in off-road environments, you don’t want your tread to go all over the place. This system also improves even tread wear somewhat.

Well, it all helps with the usual terrain, but what about damp or snowy?
If there’s road on the path, the circumferential grooves will help evacuate it. There are 4 of them, and they are adequately effective at reducing hydroplaning. It’s splendid, because it improves control and you need all the handling you need on damp dirt. In damp mud, puddles are the least of your concerns, you’ll have to endure.
In that regard (and also in snow), you get several more interesting solutions. Apart from what you already know, there are tons of sipes that improve performance in the snow and somewhat in the mud. The same goes to the lateral grooves on the shoulders and also the slight grooving sidewalls got. They bring the sweeping movement to the table, and it’s very handy in thick mud or snow.
The entire grooving system is also optimized for pebble ejection if needed. You can’t underestimate this factor, because random rocks can gravely deteriorate the condition of your tires. 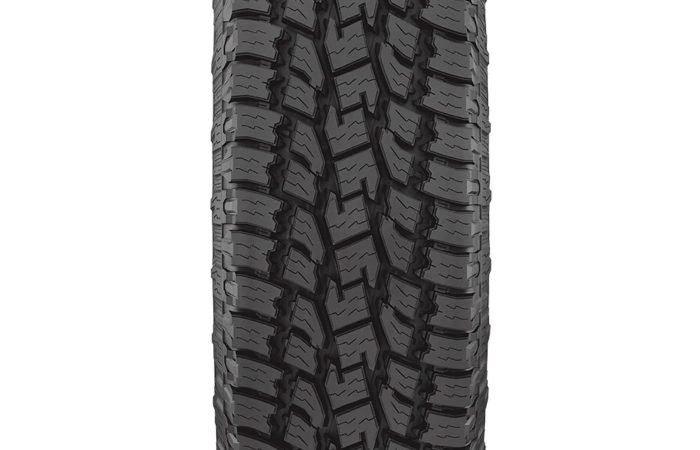 In short, OC AT2 treads are excellent in the dry unpaved roads, mud, other loose surfaces, and even snow. Unless you’re actively looking for adventures, this will be more than sufficient. They even made on-road driving a bit comfier. 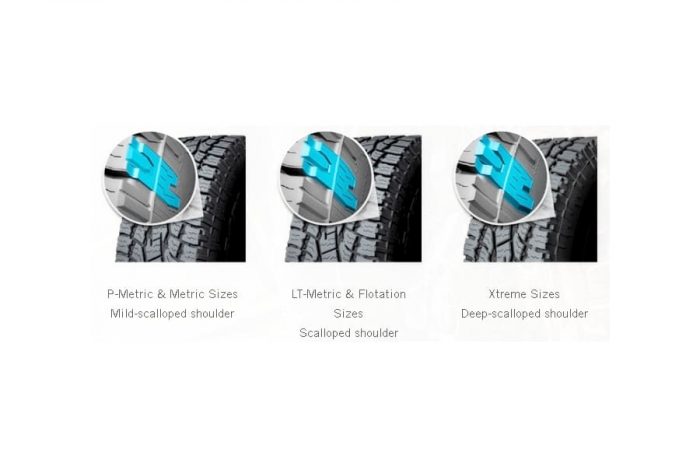 The off-road tires are usually pretty loud – especially on paved surfaces. Open Country, however, is surprisingly quiet. It’s not silent, naturally, but the sounds it produces are not nearly as terrible for the driver. It’s actually considered one of the less loud tires, all things considered. 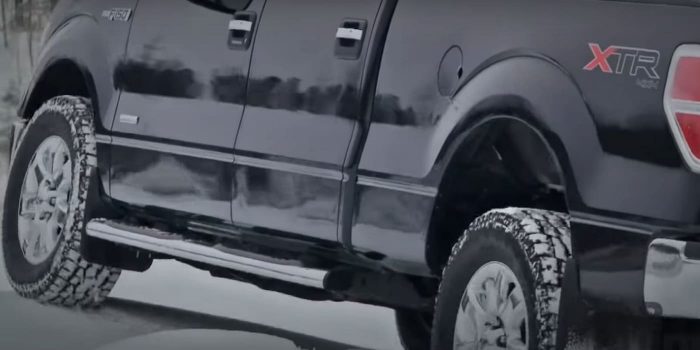 There’s not much to complain about these tires. They are pretty good in all sorts of terrain you might find off-road and even somewhat competent on tarmac. They are lasting, strong and not particularly costly. In the end of the day, it’s a pretty stellar investment.
They might not be as efficient in thick mud or other terrible stuff that only truck tires can go over, but they get the job done in most scenarios you’ll encounter.
In short, they are worth their price. 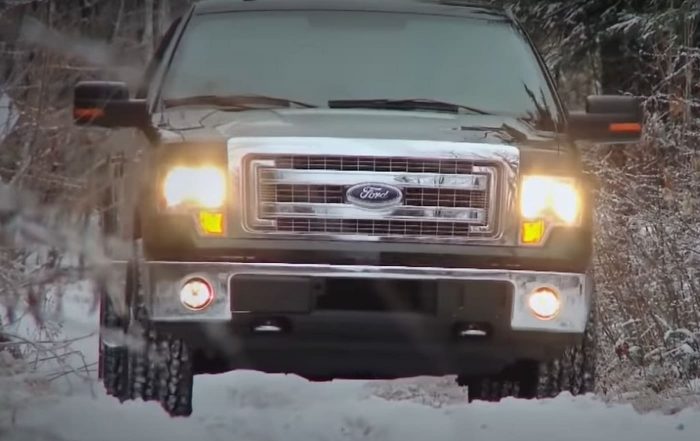