The second test of winter season 2020/2021 the expert group of German automo-bile club ADAC devoted the tires of large size 235/55 R17, used for SUVs and vans. The tires from the test, which we will talk about in this article will be suitable for cars such as Audi A7 and VW Tiguan, for example. 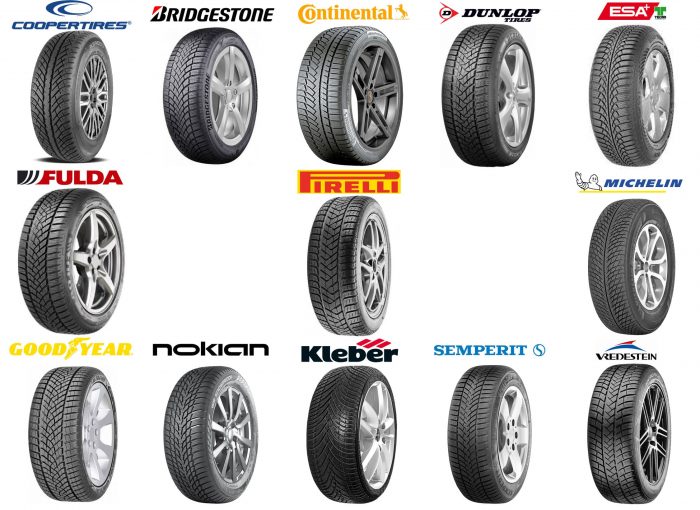 As a test vehicle was involved Ford Kuga. “Wet” tests were conducted in Germany, and “snow” – in Finland. 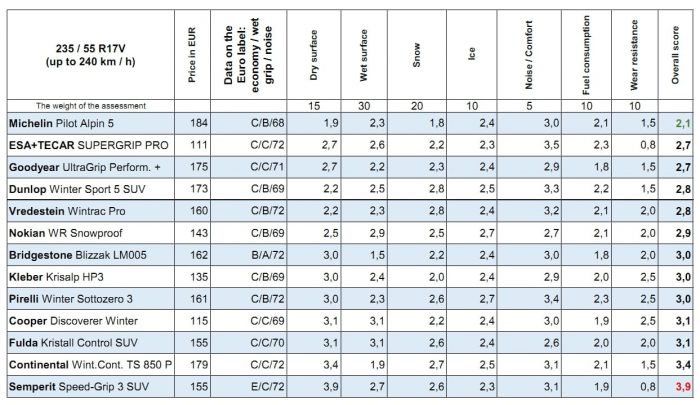 Of all 13 models tested, only one was very balanced and, therefore, was rated “Good”. By and large, another 11 models could have been recommended, but they were found to have minor deficiencies in at least one major safety criterion. One model received an “Average” verdict due to deficiencies on dry surfaces.

The most balanced performance

The Michelin Pilot Alpin 5 is the only model in the test that performed well on all winter surfaces. With these tires, the test Ford managed accurately on dry surfaces, and also ensured safety when performing various kinds of maneuvers. On wet as-phalt, PA5 is particularly good in handling, but in transverse aquaplaning, they show their greatest weakness: in this criterion, the French development was even at the end of the test protocol. 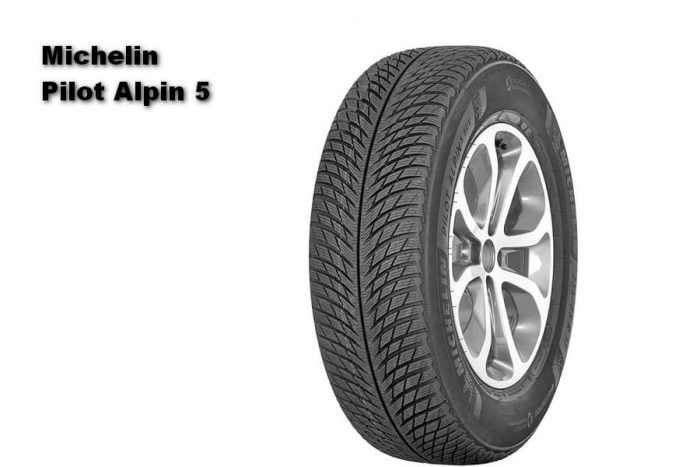 On snow, the Pilot Alpin 5 outperforms all its rivals. On the ice, in terms of noise and fuel consumption, the tires steadily kept in the middle, so in general the verdict “Good” and the first place in the final rating they deserved. That said, it’s worth not-ing that their price tag is a bit steep.

The Michelin Pilot Alpin 5 has been on the market for three years, and it has made its presence known in independent tests only now, in 2020, notes the technical specialist of Shina Guide. Exactly as here, in the Auto Bild tire size 245/45 R18 test released a few days earlier, the model took first place among 51 participants. A per-fect start to the track record, albeit belatedly. 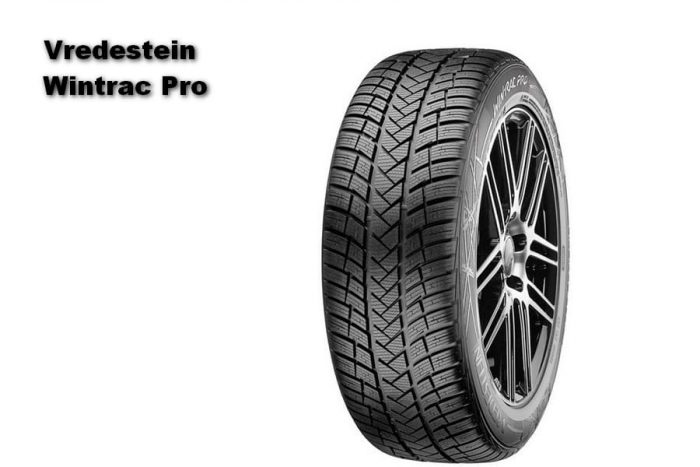 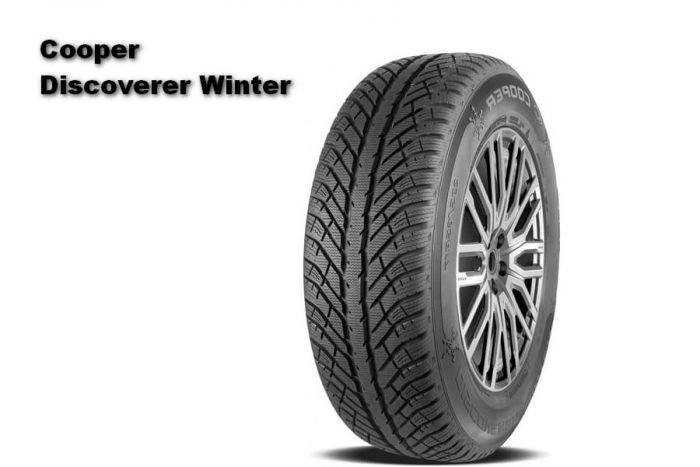 The eleven tires that received a “Satisfactory” verdict can be roughly divided into three groups. The first group includes tires that, having shown good grip properties on snow, ice, and wet asphalt, depreciated in the overall rating due to detected shortcomings on dry roads. So, if you are ready to sacrifice the absolute accuracy on dry asphalt, you are quite satisfied with Goodyear UltraGrip Performance+ (2nd place) and shared the 7th place Kleber Krisalp HP3 and Bridgestone Blizzak LM005. The latter stands out very much for their confidence on wet surfaces: they are very good both in braking performance and handling. 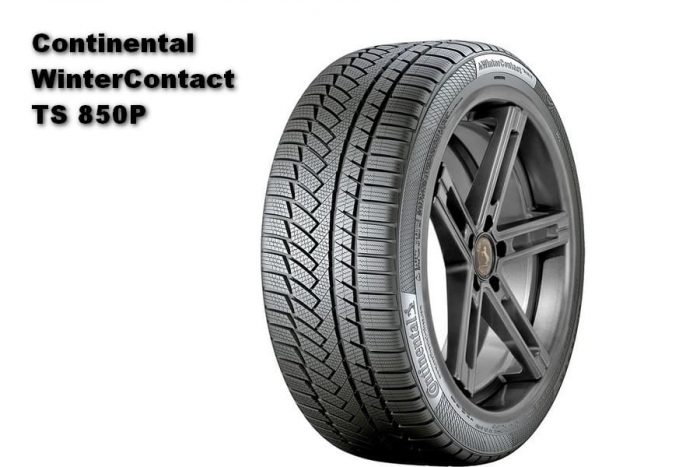 To the second group of tires, which, in principle, can be recommended for use, ig-noring some faults, the experts referred the solid middles which shared the fourth place Dunlop Winter Sport 5 SUV and Vredestein Wintrac Pro. Both models showed good results on dry, wet, and ice roads. However, their performance in snow reaches only an average level: tires start to show understeer quite early, can-not optimally combine traction and cornering forces, as a result, the accuracy of control suffers. Thus, Dunlop and Vredestein products are recommended only for the regions with little snow in winter. 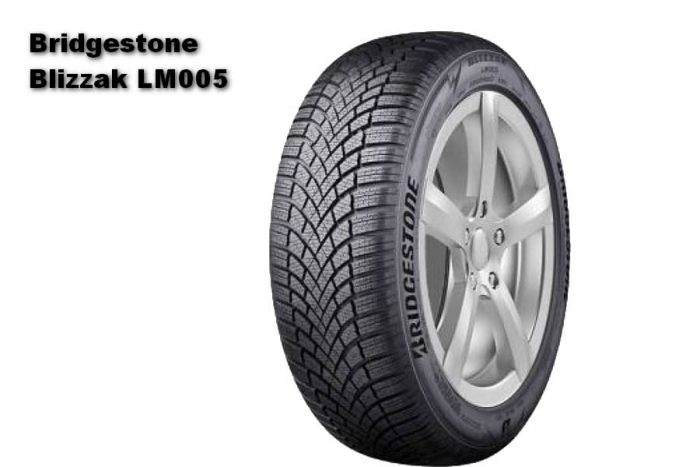 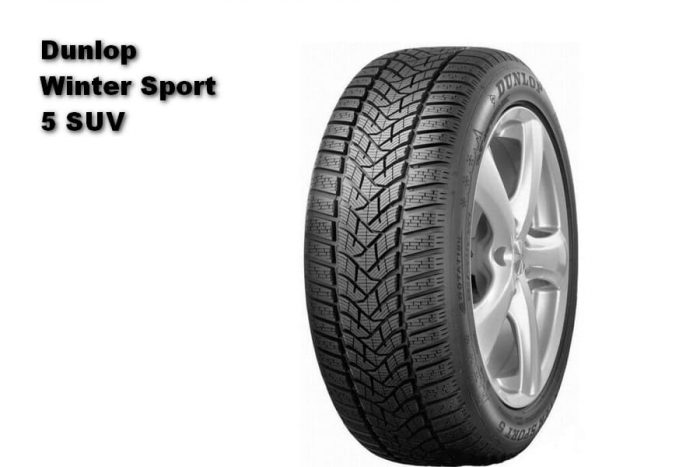 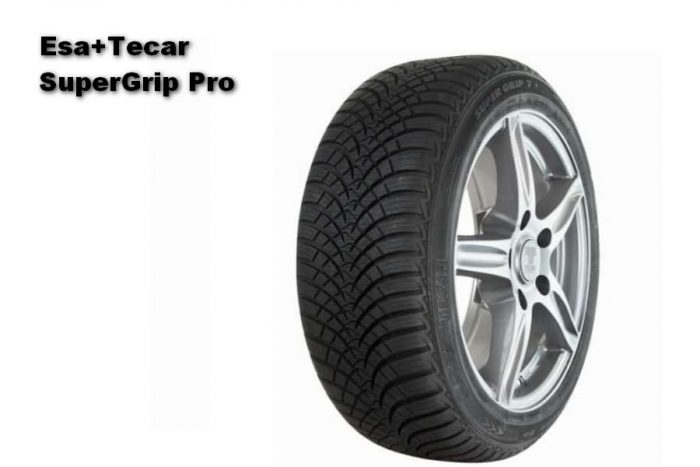 Semperit Speed-Grip 3 SUV (13th place) is at the very bottom of the standings. The test car, equipped with them, so confidently drove in dry weather, that in terms of behavior and driving safety the expert group ADAC could not rate these tires higher than “Average”. On wet roads and in snow, this model did not go any further than a satisfactory result. 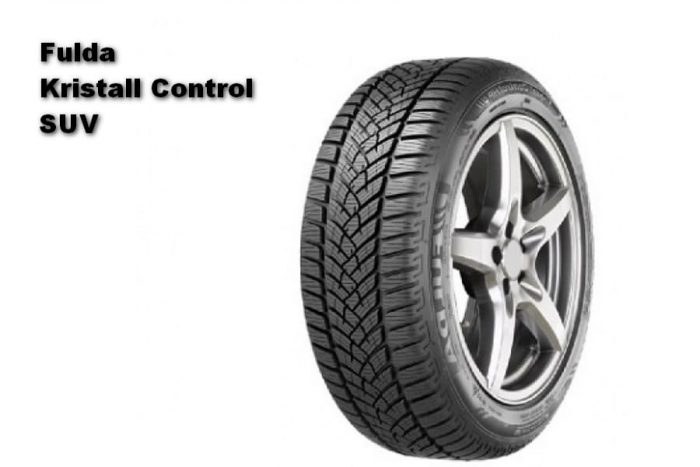 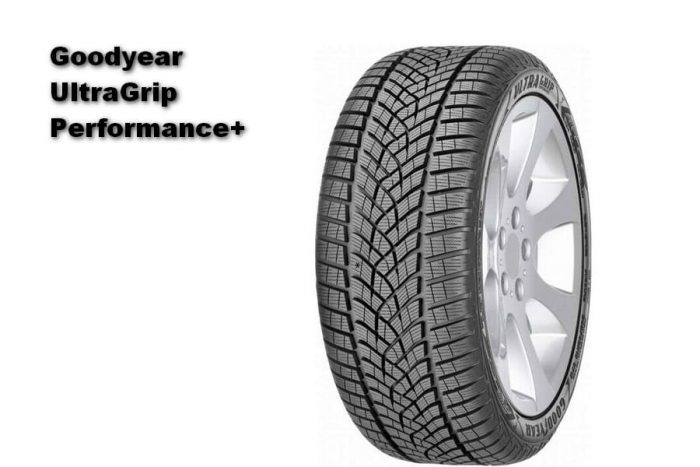 For the two new products, the test debuts were dramatically opposite. Esa+Tecar SuperGrip Pro, the cheapest of the participating models took second place, sharing it with such celestial as Goodyear UltraGrip Performance+, being at the same time one third cheaper and having almost the same Euro-label. And the second novelty – Semperit Speed-Grip 3 SUV from German Continental AG received last place from the start and the verdict “Average”. 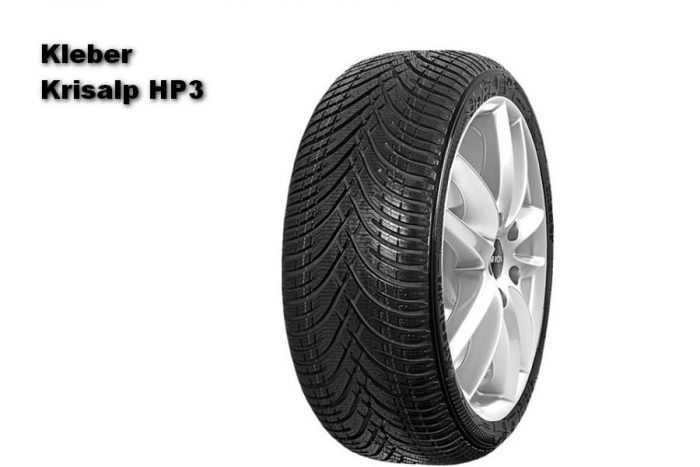 The special irony of this story is that the Esa+Tecar budget tires already for the second time this year deal a symbolic blow to the image of Continental AG prod-ucts. In the summer 2020 ADAC test, Esa Tecar Spirit Pro tires being one and a half times cheaper than the Continental EcoContact 6 model shared with it one place in the final rating, which we described in more detail in the blog. With such dark horses, it will be extremely difficult for first-rate brands to continue justifying the premium price of their products. 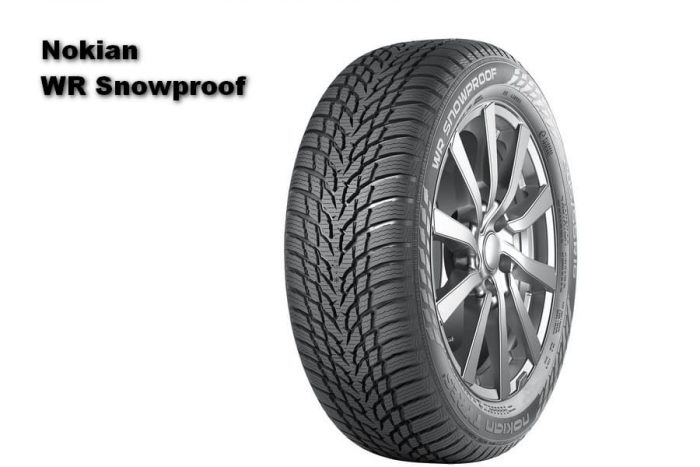 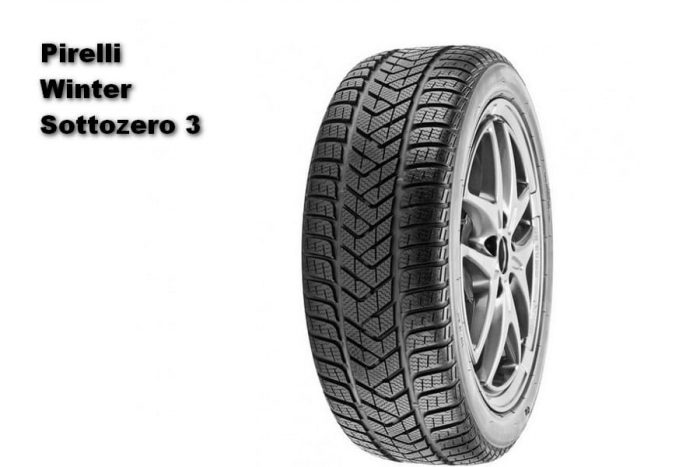 ADAC testers were strict on SUV and van tires, but all 13 models of the test were recommended. When purchasing tires with the most likely weather and road condi-tions in mind, be prepared to accept some loss in performance if road conditions don’t meet your expectations. Better yet, don’t drive your car out of the house un-necessarily on such occasions. 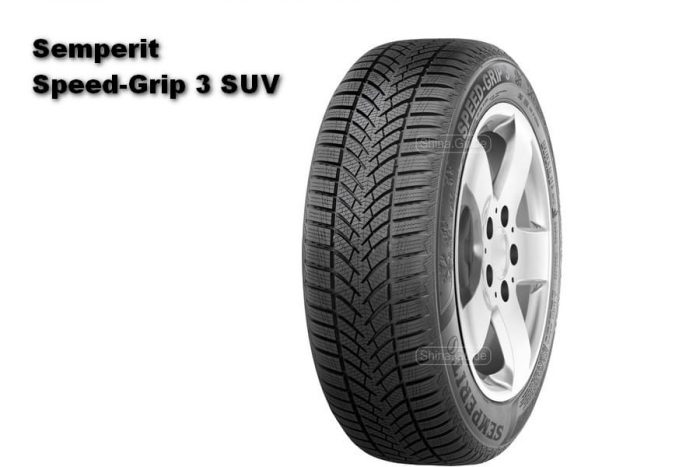