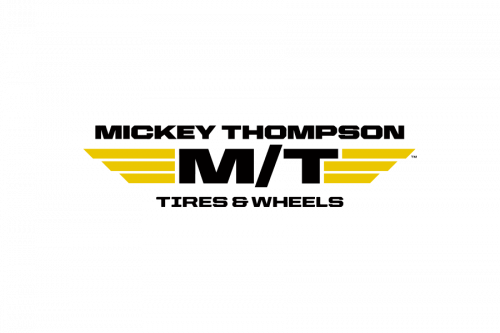 Mickey Thompson was an American racing legend, who in his later years decided to launch his own tire-making business. Many of the brand’s tires are considered premium – they aren’t cheap, but they are also meant for good performance.

Who owns Mickey Thompson tires? Since 2003, the company is owned by Cooper, which is a good thing, because M/T got to continue making their great tires using Cooper’s vast resources.

So, Thompsons are ultra-performance tires. It means they grip the ground firmly, withstand a lot of stress and live for a very long time. All of that is true for M/T, although there are many types of Thompson tires for sale, and some of these qualities vary in their effectiveness.

Who makes Mickey Thompson tires? While M/T develops their tires themselves, Cooper manufactures them and sends them around for sale. It’s a good marriage, overall, considering Cooper rarely makes any significant defects.

For instance, their mud tires (‘truck tires’) unite all these characteristics with ease, but they also cost a lot. The average mileage is around 80k, which is much more than usual mud tires. You can drive in them without taking them off a single time for at least several years.
It isn’t always advised, though – these tires behave extremely well off-road, but stumble a bit on tarmac and regular roads. They may even lose some of the handling in deep snow or sometimes on the paved roads for seemingly no reason. They are excellent in rough terrain and can survive very well on regular path, that’s the verdict.
Their usual (‘street tires’) are a bit of an inversion. They behave exceptionally well on road, be that in dry or moist environment, snow or ice (for winter tires), although they can traverse harsher unpaved paths with relative ease. Just don’t go adventuring through the hills.

Where are Mickey Thompson tires made? The majority of their tires are manufactured in Cooper’s American facilities: in Arkansas, Mississippi and others. Some may be outsourced to their plants in Europe and China, but the creation process is always conducted with care.

They are very tough, that’s the secret. Both the tread and the sidewalls are protected very well, and you’ll have a hard time trying to puncture them. They can be damaged if the climate changes rapidly and you subject it to various challenges simultaneously. They can crack from this much stress, but these are just extreme circumstances.
Overall, they are well worth the price you pay for them, even for the ‘simpler’ street tires. However, you really have no need in them unless you plan to frequently change paths and go over small obstacles.
If you do buy several of these in the end, you won’t regret it. Don’t go trying to kill them on purpose, though.