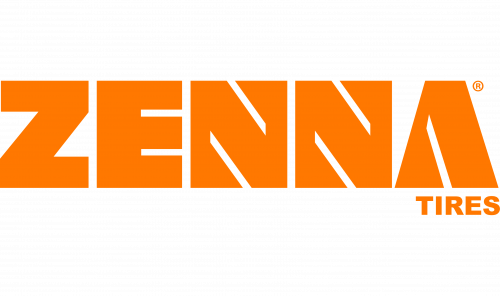 Founded: 1982
Founder: American Pacific Industries
Headquarters: Scottsdale, USA
Parent: American Pacific Industries
Website: https://zennatires.com/
Zenna is one of the more established and reputable tire brands out there, despite probably not being amongst the most famous of them. They do enjoy a worldwide fame in certain communities, but Zenna still remains a mostly American brand.

Who makes Zenna tires? This brand is mostly bottled down in the US. They do expand, but the reason behind their less than rapid growth is the type of tires they produce. They are doing it themselves for the most part, by the way – on their several facilities in America.

Zenna creates high-performance top-tier tires fit for motorsport. Naturally, the usual cars don’t have nearly that amount of stress of them. But if you don several of these on your average car, you won’t have to change them for a very, very long time. Moreover, they offer a superb control and friction, whether on trek or the usual road.
This efficacy, however, comes at a price – literally. There isn’t a lot of variety, just several tire types – two for cars, and some for vans and trucks. Those fit for cars are usually much costlier than usual car rubber. It’s natural – they’re designed for motorsport uses or, alternatively, for some very picky clients.
They emphasize quality rather than quantity. It still means you can buy them off one of the distributors – Zenna relies heavily on side dealers – but not for a small price and not a lot of them.
The problem is that in some countries you simply can’t get them. The United States are fine – there are a lot of shops that sell Zenna products. On the other hand, Asia and most of Europe don’t have this kind of luxury.
Zenna tires usually work beyond 10.000 miles, no problem. Afterwards, you can start worrying. Even then, they are quality-made and won’t just burst without some warning beforehand.
In the end, they are premium-tier tires, and unless you expect to run into some very challenging road conditions frequently in the near future, you’ll likely not need that much quality underneath your car.