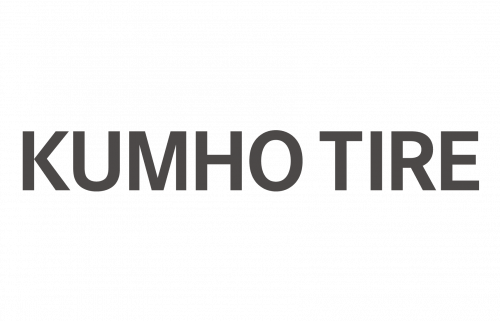 Kumho is a major Korean tire manufacturer that was recently bought by a Chinese conglomerate called Doublestar. Most of their tires are in the affordable group, as most tires from this region. As for their quality, it’s largely unknown what their key features are. It requires a bit of researching.

Who makes Kumho tires? A lot of the tires are made in China on Doublestar facilities, although the Koreans still contribute significantly. Still, the brand is more Chinese than Korean now, with all additional perks and downsides.

The first perk you’ll notice is that they are very cheap – Chinese-level cheap. It’s not uncommon for them to cost $30 or $40, especially in the home region. It all depends on the regional prices, however. In general, they are still very much affordable, whatever the regional markup can be.
The brand’s tire assortment isn’t too rich. There are several all season, winter and ‘performance’ summer variants for passenger cars and a few crossover options and tires for things like light trucks. At the very least, they won’t vary too much from one another, and you’ll be able to make a pretty accurate conclusion based on just a few descriptions.
The grip is the first thing you expect to fail when dealing with the Chinese tires. However, it’s quite the contrary. They can do a lot of things improperly, but traction is always pretty good. These tires don’t give up anywhere in particular, really: not on ice, nor on wet surfaces. It seems they invested a bunch of resources into handling.

Where are Kumho tires made? The bulk of Kumho tires are put together on different facilities across China, mainly – in Qingdao region. It doesn’t necessarily mean the quality will be worse, but the prices on Kumho products are generally lower because of the Chinese involvement.

You can even buy all-terrain tires from them. There is one such model called Road Venture AT51. It’s a cheap AT tread that performs more-or-less well. The all-terrain and similarly performing tires are more of oddballs than usual tires (like the passenger ones), so you really shouldn’t form your opinion about the brand on them exclusively.
Comfort-wise, the tires are pretty tender. In advanced tires, this tenderness doesn’t necessarily mean constructive inferiority, contrary to the popular belief. However, Chinese tires still follow this logic. The sidewalls on Kumho tires are pretty flimsy. A deep enough pot hole can damage them beyond repair.
The treads are better, but not terribly so. The usual tread longevity is about 25,000 to 30,000 km. In pure form, it’s not a very good result. But consider that some of these tires cost $30, which is almost the bare minimum of what a tire can cost. You can still find costlier and tougher tires, but that defeats the point of buying economical treads.

Who sells Kumho tires? Unlike many big suppliers, neither Kumho nor Doublestar have any sort of tire store networks to speak of. You can buy them mostly from independent dealers or big company stores, but that’s about it.

Another big perk is their quietness. They are balanced very well and don’t usually need any additional weights to fix them. As a result, they don’t shake, wiggle or rattle – a perfectly comfortable tire brand for urban use.
If you don’t have any budget to speak of, but also really don’t want to buy poor tires, Kumho might be your choice. The only real downside they have is their short life. By the time they die, however, you’ll be able to buy something better.