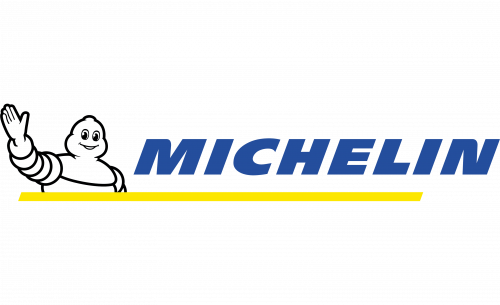 Michelin is virtually the only serious tire manufacturer from France you’ll ever hear about. They are considered the top tire manufacturer, mainly because of their iconic image and also due to the sheer size of their enterprise. They got all sorts of tires, as you would expect from a world-class supplier

Who makes Michelin tires? They don’t outsource this essential bit of work and do everything from developing to actual manufacturing on their own. They do have several subsidiaries: in Japan, Canada and so forth. But that’s still good old Michelin.

It likely contributes to the end price of most Michelin tires, which are rather more pricy than average. They aren’t necessarily expensive, however. Furthermore, you can still find some cheap options that aren’t much worse than standard-issue Michelins for about $200.

Where are Michelin tires made? Michelin is one of the few big tire-makers that prioritize European manufacturing. The bulk of their facilities are spread throughout France, Germany, Spain, Italy and many other European (and a few Asian) countries.

But it also means higher quality of material and the product itself in comparison to China-manufactured rubbers. Although China is starting to offer more and more quality, it’s still safer to buy non-Chinese tires. And Michelin tires have a reputation of reliability and effectiveness.

Who sells Michelin tires? There are over 150 Michelin sales agencies across the world. Unlike smaller manufacturers, you can buy from Michelin directly and without having to drive too far for it.

As for the actual driving experience, you need to find the exact tire you need, because Michelin has a lot of them, both in terms of purpose (all-season, off-road, winter, summer, etc) and quality (better/worse at their key purpose). The worse tires are usually cheaper, but they’ll still do their job fine.

How do you spell Michelin tires? The accurate French pronunciation sounds similar to ‘Mi-sh-lan’. In order to be understood outside of France, you can safely say ‘Mi-sh-e-lin’.

Apart from the cheaper exemplars, Michelin tires don’t usually slip or lose control on the regular, wet or icy ground. Furthermore, the notoriously drive very smoothly and quietly (at least, most of them do).
In addition to that, they live fairly long. An average tire can survive for 80,000 km and more, even if driven not exactly carefully. It’s a good sign, because Michelins are also not cheap and most people won’t appreciate having to buy more tires after just one season with these. Thankfully, it doesn’t happen usually.
They aren’t safe from casual punctures and damage, although Michelin provides warranty for most types of damage. Still, feeling secure in your tires’ capabilities shouldn’t make you overconfident and make life for them more challenging than it should be.
Still though, Michelin is still a brand of reliability, quality and comfort.

Michelin also has a large collection of motorcycle tubes and tires for sale.
Considering that it’s very important to have perfect traction and control on your motorcycle, the choice of tires for your bike can be pickier than for your car. Michelin does a great job in this department – they have the same upsides as their passenger car models, but they are also a big costlier.
Still, they handle great and live for at least 20,000 miles, although the actual limit goes way up. Good deal for its money.

Their light truck models are pretty good, both in terms of control, traction and sheer power. Some of them wear off sooner than expected, even though they are estimated to last for at least 6 years. Their LT tires are still worth paying for, all things considered.