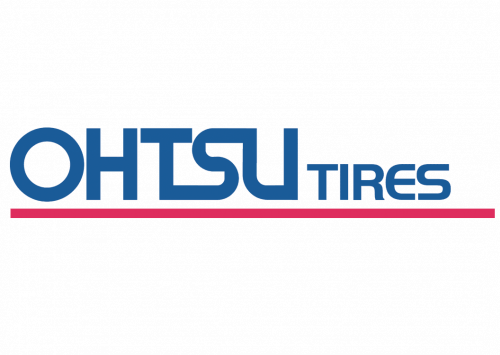 The connection of Ohtsu to its parent company is hard to understand. They are in relation to the Falken brand (which they created themselves in earlier), but both are subsidiaries to the SRI company in Japan. Regardless, Ohtsu is keen on providing durable tires with good traction for a fair price.

Who makes Ohtsu tires? The most plausible explanation is that these tires are made under the Falken name mostly nowadays, although the manufacturing itself is done by Sumitomo and their facilities.

So, Ohtsu tires are cut out for comfort primarily. They are absolutely quiet in all positions, even at high speeds. Moreover, they are very smooth and continue being smooth even if you decide to go fast. You’ll only start feeling them above ~80 km/h.
It is in part contributed by the balance factor. They are balanced very well – the Japanese are known to balance their tires to great effect. As a result, there won’t be any sort of unexpected movement beneath your car.
Their smoothness doesn’t necessarily make them fragile, mind you. On the contrary, many Ohtsu products are particularly reinforced by steel to make them more durable and lasting. The results are different – some people report wearing off after just 10k, and some go up to 50k and further.

Where are Ohtsu tires made? A lot of SRI tires are made in Indonesia, it’s no secret. It doesn’t really make them any worse than if they were made in Japan, but makes less of an impression.

The price varies. It’s the cheaper options that die faster. The costlier tires (and they aren’t really expensive, actually) endure much more. As always, it has a lot to do with your own style of driving, too. If you drive safe, they will live for many years, and then you’ll feel exactly how valuable they are.
As for handling, it’s pretty good. They almost never lose control on wet or snow (if you drive in winter tires), and on dry ground they perform flawlessly, as expected of the Japanese tires.
There is actually a lot to choose from. Barring the usual summer and winter variants, there are all-season rubbers and even all-terrain variants. There isn’t a lot of information about them, but they should handle well. There’s no way they will grip worse than their usual ‘touring’ comrades.
In the end, buying Ohtsu tires would be a good choice. The problem is that it’s actually hard to find the legitimate Ohtsu tires. More often than not they are sold under the Falken brand, or branded as ‘Falken Ohtsu’. But if you find them – buy them without hesitation.